Find a Hotel Tonight in
Newcastle-upon-Tyne 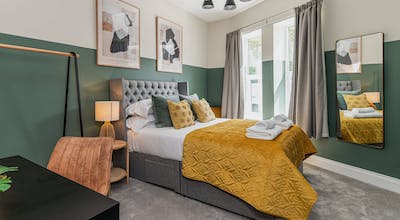 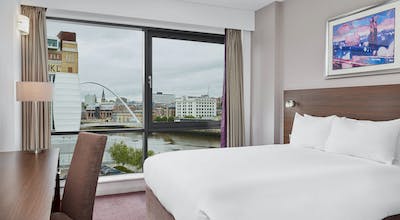 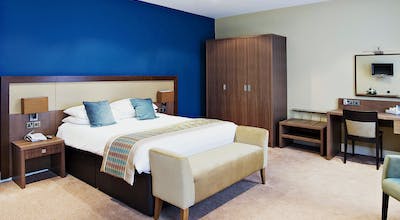 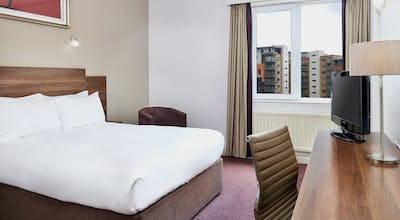 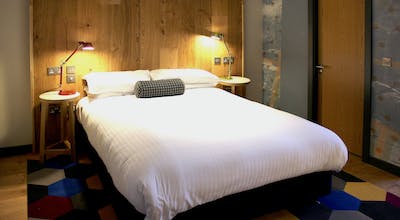 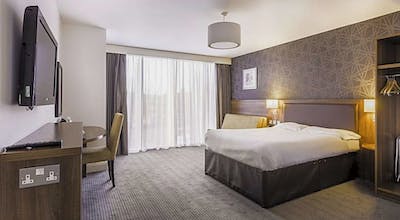 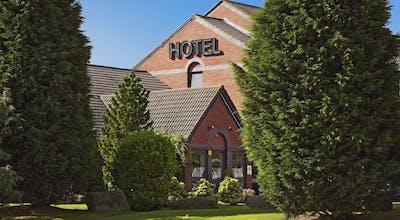 HotelTonight – Newcastle-Upon-Tyne Hotels in a Flash

When I was traveling through the United Kingdom for the first time recently, I made sure to hit all of the big cities I could possibly see in one trip. I spent time in London, Dublin, Edinburgh, Cork… you name it, I was there for at least a day or so. One place that I did not get a chance to see, or so I thought two days before I was set to come home, was Newcastle-Upon-Tyne, otherwise simply known as Newcastle. However, as I was getting ready to board a train, I realized by looking at the schedule that I could possibly jump on a different train, spend 24 hours in Newcastle and then make it back onto my original path before flying home. All I needed to do in the meantime--meaning in about 5 minutes or less--was find a Newcastle-Upon-Tyne hotel room for that night.

I pulled out my phone and searched for apps that helped people find last-minute hotel rooms. I found something called HotelTonight, which I had not used prior to that day. I searched for Newcastle-Upon-Tyne hotels and was quite pleased with what I found in the results. I was also impressed with the quality of the properties available. I found one that was very reasonable for how nice it looked and booked it. Within a minute or so, my Newcastle-Upon-Tyne hotel room was booked and confirmed. I could not believe how easy that was. All I had to do now was grab a spot on that other train before it left and start researching the areas in Newcastle that I would want to visit while I was there. I was really excited to be able to see one more place than I thought I would only minutes earlier.

What better place to start exploring a city than in the center of it? That's what I did with Newcastle, and I was glad I did. This was a classic British city from the looks of it, and there was a lot going on here in City Centre. I walked through two universities in Newcastle University and Northumbria University, both of which were fascinating to see. I walked more and saw a very nice museum and a lot of options for nightlife, which was obviously not in the cards considering it was the first thing in the morning. It was a fun way to start my exploration.

My next stop was in Quayside, and I walked down some very steep and very old stairs to get there. This part of town was a bit more relaxed than the City Centre, and when I walked near the Tyne River I saw a landscape of beautiful bridges. What was perhaps most important to me at the time, however, was that there were a few cafes nearby. I gladly walked into one and sat down for a spot of coffee and a sweet snack, which was an important way for me to refuel after burning so much adrenaline getting here. I was ready to continue with my day.

Ouseburn was a bit of a change of pace from what I had seen in the morning, but it was a refreshing one at that. You could tell that this was a part of town that had a lot in common with many cities in the United States. Ouseburn was once a bit run down and rough, but in recent years it has transformed itself thanks to a lot of investment. Part of that investment was in restaurants, and I was excited to continue enjoying the English cuisine that I had gotten so quickly used to while visiting here. I went with a meat pie that was perfect for how hungry I was.

My first stop after lunch was in Fenham, and this area offered a nice look at what life is like for those who live in Newcastle. Aside from the unique architecture that makes all of Britain what it is in terms of its unique look, this was a residential area where families moved through their days like they would anywhere else in the world. There were also some nice shops here, which was important because I needed some gifts for the people in my life. Having done that, I started to look towards my final stop of the day and dinner.

I ended my day in Jesmond, which was definitely a lively part of town but not in an overwhelming sense. I walked around and even stopped at a pub to talk to people, as I wanted to know where to go for dinner. I was told about a small place down the road that was not all that noticeable for those not looking for it. I walked in and ordered what were easily the best fish and chips I had ever tasted in my life. It was a fabulous dinner.

As I made my way back to my hotel, I realized that I had veered off course for a real adventure. It was gratifying to know that I could just come and see a new city at the drop of a hat, although I had to acknowledge that this would not have been possible without HotelTonight. This powerful app helped me find a Newcastle-Upon-Tyne hotel room in mere minutes. I would definitely travel with HotelTonight in the future.

How many hotels are in Newcastle-upon-Tyne?

There are 31 hotels in Newcastle-upon-Tyne available from Hotel Tonight.

What are most popular hotels in Newcastle-upon-Tyne?

What are the best hotels in Newcastle-upon-Tyne?

Some of the top rated HotelTonight hotels in Newcastle-upon-Tyne are:
Copthorne Newcastle
&nbsp;•&nbsp;84% of HT bookers liked it
The Kenilworth
Lumley Castle Hotel

How much is a hotel room in Newcastle-upon-Tyne?

In the last 30 days, HotelTonight prices in Newcastle-upon-Tyne have been as low as $37.17, though the average room costs closer to $49.56 per night.

What is the cheapest time to go to Newcastle-upon-Tyne?

Our hotels prices have varied throughout the year from $50.87 to $78.34 On average, we've seen the cheapest room prices in September

Which hotels in Newcastle-upon-Tyne have a pool?

There are 3 hotels with pools in Newcastle-upon-Tyne. Some of them are:
Royal Station Hotel
Crowne Plaza Newcastle - Stephenson Quarter
Clarion Hotel Newcastle South