Find a Hotel Tonight in
Liverpool 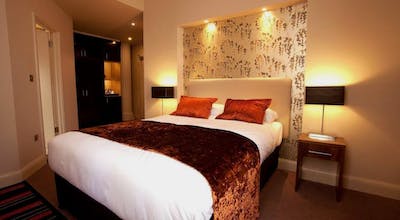 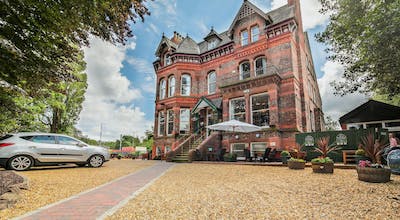 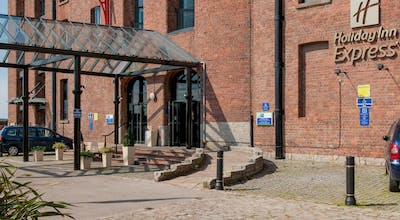 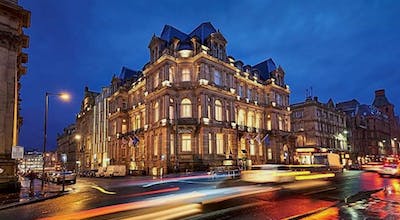 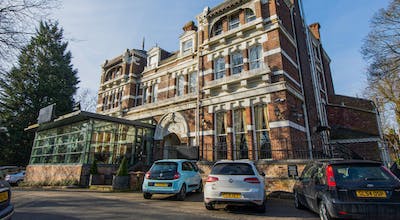 HotelTonight – Liverpool Hotels at the Ready

Where do you even begin if you're asked to describe Liverpool as concisely as possible? Should you mention that it is more than 800 years old? How about the fact that more musical artists from Liverpool have had a number one hit than any other city? Did you know that The Beatles are from Liverpool? Liverpool is also the centerpiece of English football, as its two professional clubs have combined for more cups and championships than any other city in the country. History, art, sports… Liverpool is a place I definitely wanted to see but had never really had the chance to do so. One day, I realized that if I played my cards right, I could have a full 24 hours there. The only catch was that I had to find a hotel room in Liverpool in a matter of minutes. I wasn't sure that was possible, but I was sure that I was going to do what I could to make this happen.

I grabbed my phone and searched for apps designed for people looking for hotel rooms at the last minute. I found something called HotelTonight. I hadn't used it before but decided to give it a try as it looked like it was easy to use. It was. I searched for Liverpool hotels and was pleasantly surprised with all of the choices available. I narrowed it down to the one that I wanted and went ahead to see if I could book a room quickly. I could – I had my hotel room in Liverpool reserved and confirmed within a few clicks. I couldn't believe it, but I was off to explore Liverpool for a day.

I started my day in Liverpool with some culture – a lot of culture. St. George's Quarter is an explosion of Victorian architecture. St. George's Hall, which is basically the city building, is stunning. From there I walked through a beautiful museum and an art gallery that I won't soon forget. It was almost as if the entire community was some sort of model display, only it was real, as were the people here. As I walked around I spoke to a few of them, and they could not have been nicer or more genuinely helpful as I asked them about the rest of my day. I was off to a good start.

If you want to see a residential area with the beauty of a museum in its own right, spend some time in the Georgian Quarter. The residential development began in 1800, and it was from the moment of the first home being built an area where Georgian architecture was the norm and the rule. In between these homes are gorgeous churches and a concert hall, and thankfully I found a small café tucked away on one of the side streets. I was ready for a coffee, and this place served it hot and tasty along with some very nice little snacks. I was recharged and ready to keep moving.

Who knew that there was such a big Chinatown in Liverpool? Who knew that this Chinatown was the first established in Europe? I didn't know either of these things until I got here. I walked under the famous arch that leads you into Chinatown. I learned that it was imported on a piece-by-piece basis from Shanghai. I asked some people about where to eat, as I was now completely in the mood for Chinese food. Someone recommended a little place I would not have otherwise seen, and I went in and enjoyed one of the best lunches I have ever had the pleasure of devouring. I was ready for the afternoon.

After lunch, I needed to walk things off a bit and I needed to do some shopping for my family and friends who would not believe that I had somehow made it to Liverpool. Fortunately, my next stop was RopeWalks, a truly eclectic neighborhood. It was home to quite a few unique shops that provided me with all of the opportunity necessary to fill a few bags with gifts. From there I walked around and listened to a few bands that were playing at different live venues. It was like this entire neighborhood was a nonstop festival.

I had seen where Liverpool had been and where it was now already; now I wanted to see where it was going. I got that peek when I ended my day in the Baltic Triangle. This is a place that is being developed right now, and what's already here is showing a lot of promise. It seems to be the digital capital of Liverpool, but after walking for a while I decided it was time for dinner. I was told about this place that served unique twists on traditional British fare, and I found it and gave it a try. It was delicious. I'm not sure exactly what I had, but I'd certainly have it again if given the chance.

As I headed back to my hotel, I thought about what an unbelievable day it had been. How many people take advantage of a one-day window and spend that 24 hours in Liverpool? I also appreciated HotelTonight, as without this incredible app I never would have been able to find a hotel room in Liverpool as quickly or as easily. I couldn't wait to tell everyone about my day when I got home. I couldn't wait to tell them about HotelTonight.

How many hotels are in Liverpool?

There are 45 hotels in Liverpool available from Hotel Tonight.

What are most popular hotels in Liverpool?

Among our most booked hotels in Liverpool are:
Hope Street Hotel
The Richmond
Malmaison Liverpool

What are the best hotels in Liverpool?

Some of the top rated HotelTonight hotels in Liverpool are:
Seel Street Hotel by EPIC
• 82% of HT bookers liked it
Liverpool City Centre by BridgeStreet
Liverpool Aigburth Hotel, Sure Hotel Collection by Best Western

How much is a hotel room in Liverpool?

In the last 30 days, HotelTonight prices in Liverpool have been as low as $47.29, though the average room costs closer to $103.45 per night.

What is the cheapest time to go to Liverpool?

Our hotels prices have varied throughout the year from $67.61 to $162.93 On average, we've seen the cheapest room prices in February

Which hotels in Liverpool have a pool?