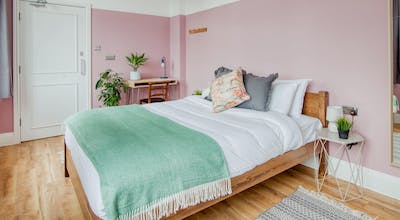 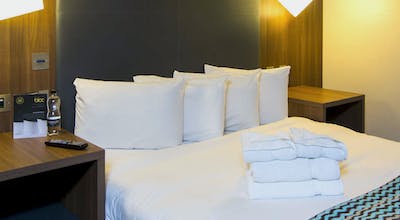 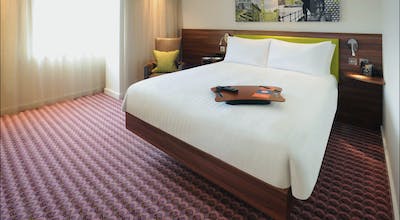 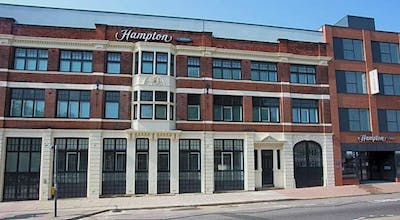 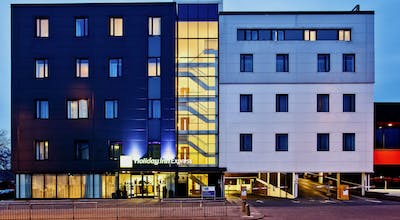 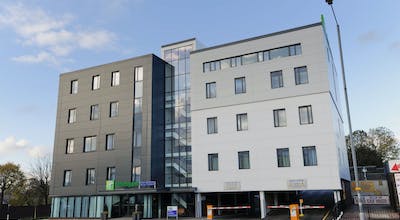 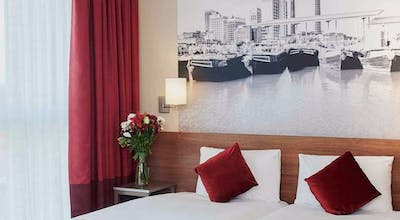 What Guests are Saying About Birmingham (United Kingdom)

Ernest Street, Holloway Head, Birmingham
88%
liked it
&nbsp; (
210 Ratings
)
The hotel was covered with scaffolding …no view. We did not have disturbance because of it though
Mahmut A.

In the past, when I thought of Great Britain, I thought of very friendly and welcoming people who were very used to their way of life. What I found when I got to see certain parts of the UK was that I was only correct about the friendly and welcoming part. The United Kingdom is a true melting pot of cultures, ideas and age groups. Perhaps no city there is more of a personification of that fact than Birmingham, which some people refer to as the 'young' city of the UK. That's because nearly half of the one million residents there are under 30 years old. There is a lot going on in Birmingham at any given time, but I wouldn't have known that until recently because I had never seen it. I got the chance to do so recently, but only if I could find a Birmingham, UK hotel room in a flash.

I only had a few minutes to finalize plans, so I frantically grabbed my phone and searched for last-minute hotel apps that would help me find something in England. I didn't think it would be easy. I found an app called HotelTonight and opened it. It looked like it would be helpful, and when I searched for Birmingham hotel rooms it returned quite a few choices. I went through the booking process, which in my experience had usually been arduous, and I couldn't believe how easy it was. Before I knew it, I had booked and confirmed my hotel room in Birmingham, UK. I was ready to embark on a one-day adventure there.

I always like to start to get to know a new city by heading to its center. City Centre in Birmingham clearly shows a community that's on the rise. There are a lot of young people here, as mentioned above, and there is a lot of reinvestment taking place. City Centre is part of that to be sure, as there are a lot of new or recently built buildings in place that are a stark departure from the traditional look of British structures. One thing that is constant, however, is the friendliness of the people here. I talked with several folks as I walked around, and it was nice to see that this is a quality that extends across the United Kingdom.

Birmingham may be a young and new city, but the Jewellery Quarter is definitely a throwback in time. The neighborhood is more than 250 years old and yes, it is dominated by the jewelry industry. Hundreds of jewelers call this part of Birmingham home, but there is a lot more happening here. The Jewellery Quarter is a designated conservation area. You can see that it's a place that people appreciate. I appreciated the fact that a cafe was just up the road from where I was walking, and I stopped in and enjoyed some coffee and a nice snack.

Aston is a very nice part of town as well, and it's known for two things: Aston University and the Aston Villa football club. I walked through the campus of the university and wondered how many students had graduated from there since it opened in 1895. I took a quick tour of Villa Park, where Aston Villa plays its home matches, and could almost feel the history rising from the pitch. I had gotten quite hungry at this point, so I found a welcoming pub near the stadium and went in for a pint and a meat pie. I enjoyed both immensely, along with the pleasant conversation I enjoyed with the other patrons who were there at the time.

If you want to take a 3D snapshot of what family-oriented, residential life is like in Birmingham, England you should spend some time in Small Heath. The area is filled with different types of residential homes as well as churches, schools and parks. I wanted to walk off that meat pie I had for lunch so I spent my time doing just that in this quaint and unique neighborhood. I also found a few shops in which I purchased some gifts for the important people in my life. I was all set on that front, so it was time for my final stop of the day.

As much as Aston was about Aston Villa and Villa Park one of its landmarks, Edgbaston is all about the Warwickshire County Cricket Club and the home stadium of Edgbaston Cricket Ground. That's right – cricket is also very big here, especially in Edgbaston. I talked with some folks near the stadium and once again found a very warm looking pub. I went in, and this time I ordered the fish and chips. It was delicious as was the pint I had with it. I spent more time talking with locals and thoroughly enjoying myself.

It had been an adventurous and rewarding day, I thought as I headed back to my hotel. I had a lot of fun talking with the people here and I really enjoyed getting to know a new city. To think that it may not have happened at all without the help of HotelTonight. Thanks to my favorite new app, I found a Birmingham, UK hotel room in a matter of minutes. I would definitely come back to Birmingham someday, and I would book my room through HotelTonight.

How many hotels are in Birmingham (United Kingdom)?

There are 44 hotels in Birmingham (United Kingdom) available from Hotel Tonight.

What are most popular hotels in Birmingham (United Kingdom)?

What are the best hotels in Birmingham (United Kingdom)?

How much is a hotel room in Birmingham (United Kingdom)?

In the last 30 days, HotelTonight prices in Birmingham (United Kingdom) have been as low as $27.84, though the average room costs closer to $64.66 per night.

What is the cheapest time to go to Birmingham (United Kingdom)?

Our hotels prices have varied throughout the year from $53.18 to $106.83 On average, we've seen the cheapest room prices in May

Which hotels in Birmingham (United Kingdom) have a pool?