Find a Hotel Tonight in
Dubai 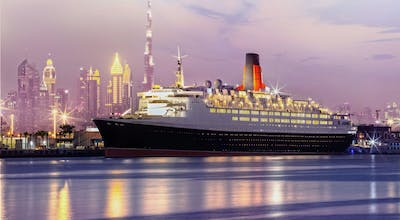 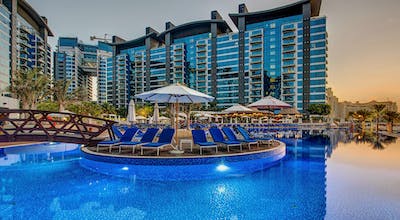 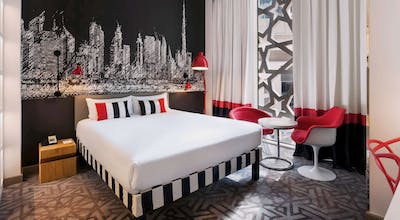 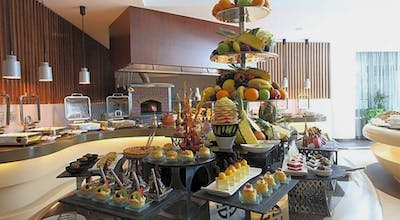 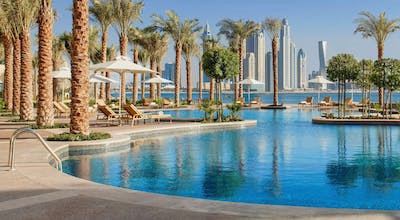 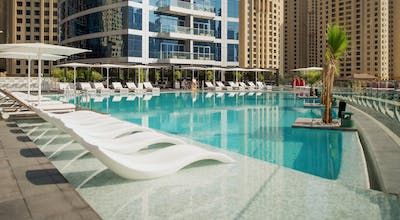 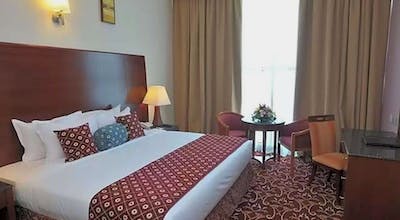 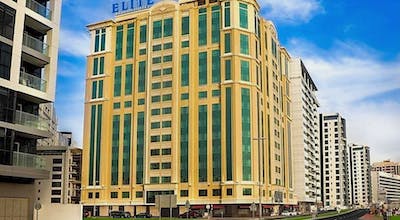 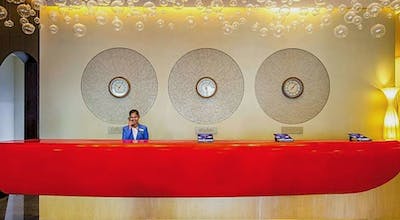 There is something magical about a majestic city, one of the most beautiful in the world, rising from the middle of what was once a barren desert. Dubai has become one of the most popular destinations in the world. It's posh, it's stylish and it's hard to remember that without this city, the area would be sand dunes and heat. I had only been to Dubai once, and it was only for two days as I was there for a conference. Unfortunately, I did not have any opportunity to explore the area. I had always wanted to go back, and recently a situation arose that provided that opportunity. I had to see what I could do to make it happen, but the trouble was that I only had a matter of an hour or so to find a hotel room in Dubai. That didn't seem like nearly enough time.

I decided to at least see what I could get done in the world of apps. I found one on my phone called HotelTonight. I hadn't used it before but at this point I was ready to give it a shot. I liked the way it looked and searched for Dubai hotels. There were quite a few of them from which to choose, which gave me an initial sense of relief. All that was left was to see whether or not I could get something booked quickly. That's exactly what I did with HotelTonight. Within a matter of minutes, I had my Dubai hotel room booked and confirmed. I was all set for a one-day adventure in this jewel of a city.

I had to start my day in downtown Dubai. I had seen the skyline many times but never really walked around in it. It was, not surprisingly, hot outside, so I enjoyed the incredible scene that is the Dubai Mall, which is the largest mall in the world. I went to the top of the Burj Khalifa, the world's tallest building. It seems like there were a lot of world trendsetters just in downtown Dubai. I spent some time window-shopping in other areas of downtown, but didn't buy anything because I figured there would be time for that later that day.

Who knew that there would be an oasis of art here in the middle of the desert? Al Quoz was full of what seemed to be dozens of spaces specifically for art and artwork. I browsed the area for quite some time and then walked through a nearby museum. I was a bit tired from jetlag so I decided to look for a café that served ice coffee, as it was simply too warm for a hot "cup of joe." I found one and enjoyed it with some nice little snacks. The entire experience was quite pleasant, as this group of warehouses had really developed into something unique.

It may come as a surprise to some people, but Dubai is also a media center for this part of the world. Media City is full of different types of media, and right next door is Internet City, which looked about as cutting-edge as cutting edge gets. There were also a ton of restaurants here, and that was good news because I was more than ready for lunch. I found a place that served decadent deli sandwiches and very nice cups of tea. It was actually a delicious combination. I enjoyed my lunch and plotted my course for the rest of the afternoon and evening.

Who knew there would be a marina in the desert? The Dubai Marina was simply beautiful. I walked along the shore and saw all sorts of restaurants. In the water, I saw yachts that had to be more expensive than anything I could have ever imagined paying for such a vessel. There were also some nice shops here, and I figured that now was the time to get some gifts for the people in my life. I filled a few bags with some unique items and then started thinking about where I would go for dinner and to end my day.

Yes, there is even a beach here in Dubai. This area of town seems to be set up for families, as there is a water park, a pedestrian mall and all sorts of activities for people of all ages. There were also a lot of different restaurants, and I was in the mood for a steak. I asked around and was told where to go. I found the place and almost gulped when I saw the majestic cut of beef they put in front of me. I was thrilled with my meal and totally satisfied with my day.

It was time to head back to my hotel. I was tired, but extremely happy with how the day had gone. I thought about all that I had seen and all that I had encountered that I really didn't expect to see when the day began. I also thought about HotelTonight and how it had helped me find a Dubai hotel in no time. As I drifted off to sleep in my comfortable room, I told myself that when I traveled in the future, I would do so with the help of HotelTonight.

How many hotels are in Dubai?

There are 77 hotels in Dubai available from Hotel Tonight.

What are most popular hotels in Dubai?

What are the best hotels in Dubai?

How much is a hotel room in Dubai?

What is the cheapest time to go to Dubai?

Our hotels prices have varied throughout the year from $39.97 to $122.38 On average, we've seen the cheapest room prices in June

Which hotels in Dubai have a pool?

There are 66 hotels with pools in Dubai. Some of them are:
Four Points by Sheraton Bur Dubai
Sheraton Grand Hotel, Dubai
Winchester Hotel Apartment