Find a Hotel Tonight in
Stockholm 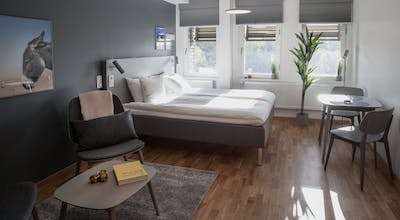 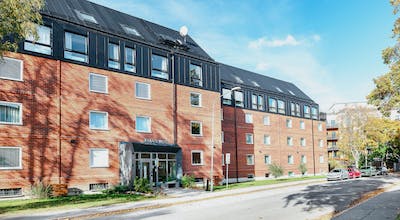 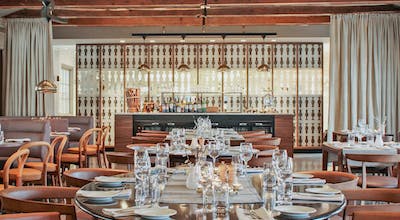 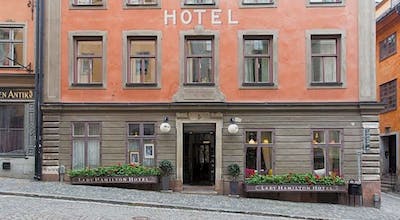 How many cities do you know of that are comprised of 14 different islands? How many cities comprises of 14 different islands do you know of that are stunningly beautiful? I know of one, and it's Stockholm, Sweden. Until recently, that's all I knew about Stockholm as I had never even been outside of the airport. That all changed when I had a chance to give up my seat on a layover and spend 24 hours there before heading home. Of course, I needed to make sure to find a hotel room in Stockholm or I'd be stuck at the airport. I wasn't really sure where to start, and I didn't want to pull out my laptop and go through all of that. I decided to go the app route, as if there was something out there in the app world it would save a lot of time.

I found an app called HotelTonight. I had never used it before, but it looked quite user-friendly. I opened it and searched for Stockholm hotels. I was impressed that there were so many from which to choose, so I narrowed things down and decided on the one that seemed like the best fit. I still had to go through the booking process, which had been difficult for me in other contexts. With HotelTonight, though, my room was booked and confirmed in a matter of minutes. I was all set. I had a hotel room right in Stockholm, a flight home the next day and a voucher for future travel. I was off on my adventure.

I started my morning in Gamla Stan, which means old town in English. This area was founded in the year 1252. Yes, it's almost 800 years old – and it still has that Medieval look to it what with the cobblestone streets and the colorful buildings. There are not many people who live here, though, as it's primarily a tourist area. Regardless, it was gorgeous and more than worth seeing. I walked around for a while and browsed several different shops, trying to figure out where everyone I passed was from based on the languages they were speaking.

This is a very different part of town when compared to Gamla Stan. It's relatively young in that it was initially developed from agricultural land in the 18th Century. These days, it's very densely populated and it's also become a hub for shops and for artists. Not to mention, its elevation is higher than other parts of the city, so you'll get to enjoy stunning views of Stockholm if you time things right and look in the proper direction. I did that and then found a café that served delicious coffee. I just watched Stockholm and took it all in.

Vasastan was my first look at how life really is for people who live in Sweden. This is a residential area for the most part, but there was an enormous park here that I walked through for more than an hour, just looking at nature, the surrounding areas and the people who were here with their families and/or dogs enjoying the day. I also found a local restaurant that served some of the best soup I have ever tasted in my life. I enjoyed it immensely, and sat for a bit reveling in all of its deliciousness. I was refueled and ready for the afternoon.

Djurgarden is distinct from other places I've visited in that yes, it is a tourist area but a lot of locals come here to enjoy themselves as well. It's known as the patch of green in Stockholm and it's filled with picnic spots, open areas, museums and shops. I was happy about the shops aspect of it, as I had yet to purchase any gifts for the important people in my life. It didn't take long for me to get that done, however, as the stores here are exquisitely appointed and the gifts were not at all those cheap touristy gifts a lot of people give. I walked around a bit more and noticed that I was getting hungry again, so it was time for my last stop of the day.

Ostermalm is in the center of the city, so I knew immediately that I wouldn't have any trouble finding a restaurant. It was bustling with activity, but most of the people here appeared to be local. I asked some people for restaurant recommendations – it seems that everyone here speaks English – and got some ideas. I stopped in a place that served seafood, and I was happy with the decision I made as soon as I took my first bite. It was a fantastic dinner, and I even had the chance to talk with some people at the next table. The whole experience was delightful.

Alas, it was time to head back to my hotel. It had been a tremendous day all around. Instead of sitting on an airplane or, worse, spending the day at the airport, I found a hotel room in Stockholm and got to enjoy the city. I owed a lot of that to HotelTonight. This app made things simple and fast, as finding a hotel room in a foreign city at the last minute can be extremely difficult. I would come back to Stockholm to spend more time here someday, and I would do so with the help of HotelTonight.

How many hotels are in Stockholm?

There are 226 hotels in Stockholm available from Hotel Tonight.

What are most popular hotels in Stockholm?

Among our most booked hotels in Stockholm are:
Generator Stockholm
&nbsp;•&nbsp;100% of HT bookers liked it
Hilton Stockholm Slussen
The Studio Hotel

What are the best hotels in Stockholm?

How much is a hotel room in Stockholm?

In the last 30 days, HotelTonight prices in Stockholm have been as low as $54.02, though the average room costs closer to $102.31 per night.

What is the cheapest time to go to Stockholm?

Our hotels prices have varied throughout the year from $99.9 to $166.78 On average, we've seen the cheapest room prices in February

Which hotels in Stockholm have a pool?