Find a Hotel Tonight in
Barcelona 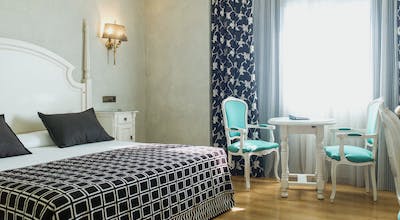 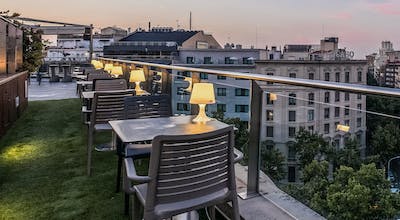 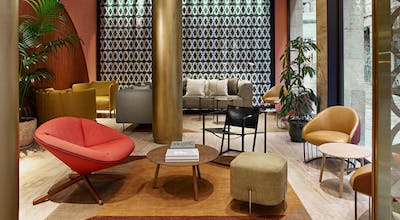 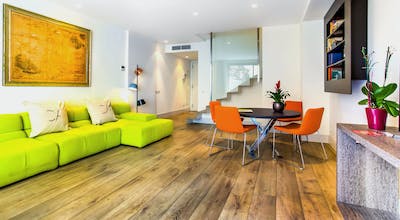 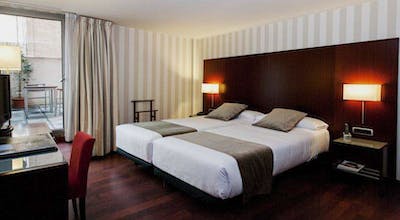 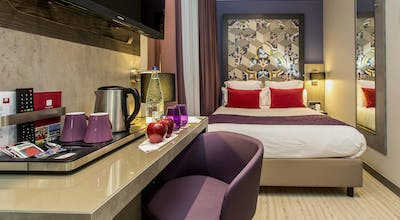 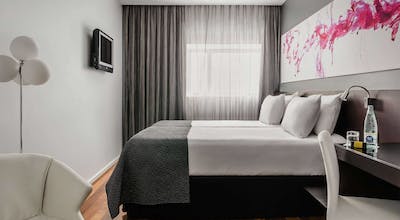 What Guests are Saying About Barcelona 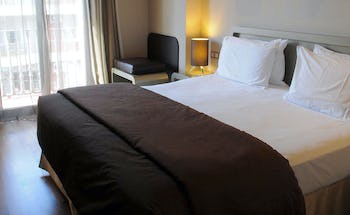 I love architecture. I studied it in school and will travel the world just to see what's out there, as perhaps something will inspire my own work. There is no place on the planet that is more known for its architecture among those who love it than Barcelona, Spain. In fact, Barcelona is the only city that has received a Royal Gold Medal for architecture from the Royal Institute of British Architects. The award is usually given to an individual or group, but in 1999 the entire city of Barcelona was honored. That's why, when a last-minute opportunity arose, I did everything possible to get there, if even for only one day. The biggest challenge, so it seemed, was finding a Barcelona hotel room, as booking internationally with almost no lead time can be extremely difficult. As it turns out, I was wrong about that.

I searched for apps on my device that were designed for last-minute hotel searches. I found one called HotelTonight that I hadn't used before, but it looked promising. I opened it and searched for Barcelona hotels. I found several very nice choices, and clicked on the one that seemed to be the best fit for me. I braced myself for the booking process, as experience has taught me that this can take a very long time and involve a lot of hassle. It was the exact opposite experience with HotelTonight, as I had my hotel room in Barcelona booked and confirmed within a few minutes. Now all I needed to do was decide which parts of the city I wanted to see while I was there.

The Gothic Quarter is not only an interesting place to start, but also a logical one as it's basically in the middle of everything. The Gothic Quarter is also very old, as it dates back to the Roman Empire. The remains of the Roman temple of Augustus are still here, as are several beautiful Gothic churches, narrow streets and squares or plazas that dot the landscape. I was already convinced that Barcelona deserved the Royal Gold Medal for architecture, and I had only seen one part of town. I walked around a bit more before heading to my next stop.

While the architecture in the Gothic Quarter was, understandably, Gothic for the most part, Sagrada Familia presents an instant and stunning contrast. This is an area that seems to be filled with modernist works, but despite the contrast it all seems to fit together quite nicely. There were clearly a lot of tourists here, but I saw some small residential areas as well once I got off of the main streets. I was looking for a small café, which I ultimately found. I needed some coffee to rejuvenate a bit, and what I had was delicious. I sat and people-watched for a while and then worked up the energy to get back out into my day.

El Raval is an area that has undergone a lot of positive change over the past 25 years or so. The government led a reinvestment effort into a neighborhood that was at one time rather rough. During the day, though, this is a part of town that is interesting and beautiful. A lot of artists have been drawn to this neighborhood, and you can see their work in window after window as you walk the narrow streets. There are also a lot of restaurants nearby, which was good because it was lunchtime and I was starving. I asked some people for a recommendation and they pointed me to a local place just around the corner from where we were. I sat down and enjoyed a delicious lunch of authentic Spanish food. I was more than satisfied and ready to keep moving.

El Poblenou was once another neighborhood that could involve risks, but the 1992 Olympics in Barcelona changed all of that. A huge amount of investment redeveloped the community, which sits on the Mediterranean Sea. That reinvestment has held over the years, and El Poblenou remains vibrant and eye-catching. It's also home to quite a few shops, which was fortuitous because I needed to make sure to pick up some gifts for the people in my life. I did and was all set. It was time for my final stop of the day.

If you want to know what it felt like to live in a small Spanish village hundreds of years ago, visit Sant Andreu. This place was once just that – an agrarian area – before industrializing with the times. It's also undergoing a lot of redevelopment, but the gorgeous architecture remains. It was time for dinner, and this is a neighborhood that also has a lot of choices in that regard. I found another local place that served some of the best seafood I have ever tasted. It was delicious. It was also the end of the day, so it was time to turn in.

As I headed back to my hotel, I looked through the photos I had taken. The architecture I had seen was nothing short of inspiring. I also thought about how this trip may not have happened at all without HotelTonight. It helped me find a hotel room in Barcelona in a few clicks, so whenever I travel again I'm going to do so with HotelTonight at my side.

How many hotels are in Barcelona?

There are 47 hotels in Barcelona available from Hotel Tonight.

What are most popular hotels in Barcelona?

What are the best hotels in Barcelona?

How much is a hotel room in Barcelona?

In the last 30 days, HotelTonight prices in Barcelona have been as low as $52.25, though the average room costs closer to $100.93 per night.

What is the cheapest time to go to Barcelona?

Our hotels prices have varied throughout the year from $62.91 to $102.92 On average, we've seen the cheapest room prices in November

Which hotels in Barcelona have a pool?

There are 10 hotels with pools in Barcelona. Some of them are:
H10 Casanova
• 94% of HT bookers liked it
Sallés Hotel Pere IV
TWO Hotel Barcelona by Axel - Adults Only