Find a Hotel Tonight in
Wroclaw 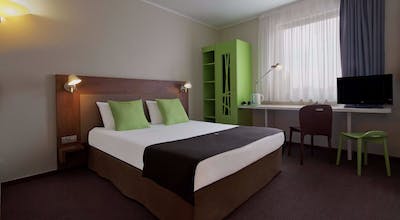 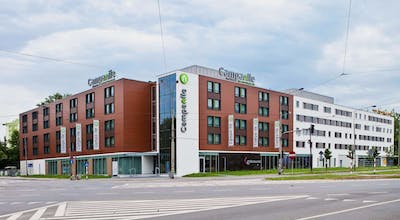 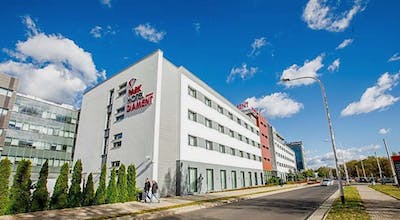 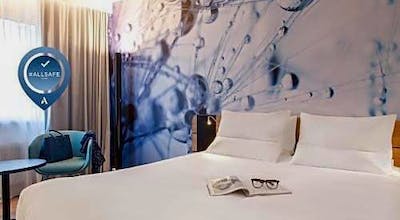 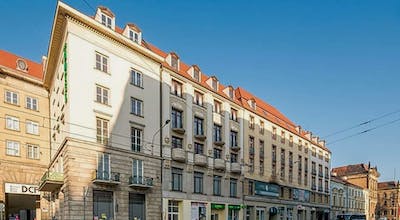 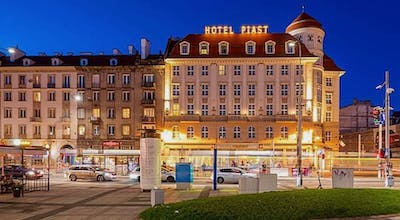 Western Poland boasts one of Europe's most underrated cities, Wroclaw. This vibrant town has plenty of charm, character and history--it's over a thousand years old, after all--but it's still often bypassed by tourists. That's actually one of the reasons why I loved Wroclaw so much, since I never felt overwhelmed in throngs of tourists, and I felt like I was able to get a great feel for the heart of the city in just a few short days.

I wasn't originally planning on visiting Wroclaw, but when I was presented with the chance to take a spur-of-the-moment trip to this Polish town, I immediately jumped at it. To make my trip to Wroclaw possible, I used HotelTonight to book a great last-minute hotel in Wroclaw, and within minutes I was ready to set out and explore Wroclaw like a local.

Ostrów Tumski, or the Old Town, has been the epicenter of life in Wroclaw for centuries. This historic city center is full of picturesque canals, beautiful churches, and museums and monuments. Sadly, much of the Old Town was reduced to rubble during World War II, but it has since been lovingly restored to its former beauty. As I wandered through the narrow, cobbled streets of the Old Town, I fell in love with the charm and character of Wroclaw, and I learned plenty of fascinating history and interesting facts about the local culture along the way. For instance, when you visit Wroclaw's Old Town, you'll likely notice gnome statues hidden all over the neighborhood, peeking out of doorways and standing in the middle of alleyways. Not only are these adorable gnomes fun subjects for photos, but they also provide insight into Polish history. Gnomes became a symbol for peacefully protesting communism in the 1980s, and today they're a reminder of Poland's turbulent recent history.

Regularly rated one of the prettiest squares in all of Europe, you'll want to return to Market Square again and again after your first visit. This large, photogenic square is located in Old Town, and its roots trace back to the 13th century. The market square and the surrounding Old Town grid was originally planned in 1241, making this one of Europe's oldest market squares. Today, it's not just a beautiful, historic square, but it's also a popular meeting place for locals. If you want to grab a drink or a bite to eat while enjoying a great ambience, take a seat at one of the restaurants or cafés in Market Square and absorb all of the surrounding beauty and energy of this lively city center.

Yet another reason why I love Wroclaw so much is that they actually have an entire neighborhood called the "District of Mutual Respect," or more commonly the "Quarter of Four Denominations." This neighborhood is home to a Jewish synagogue and three churches – Lutheran, Roman Catholic and Orthodox. Four places of worship are placed almost right next to each other, and it's a beautiful, peaceful neighborhood full of respect and acceptance. Wroclaw embraces its religious diversity, and you can witness this beautiful tolerance by taking a short walk through the "District of Mutual Respect."

Szczytnicki Park is the oldest and largest public park in Wroclaw, and it has been a beloved part of life in this Polish town since 1783. While the Szczytnicki Park was damaged by both the Napoleonic Wars and World War II, it has since been repaired and redesigned. Today, it's one of the locals' favorite parts of their city, as it provides plenty of open, green space for exercising, picnicking and simply enjoying the beauty of nature. In Szczytnicki Park, you'll also find the stunning Japanese Garden, which was designed in 1913 for the Global Exhibition, and a 14th century wooden church that stayed miraculously in undamaged throughout the war.

Wroclaw is a city of islands, and Wyspa Słodowa is one of its most popular. Like in much of the town, most of the buildings on this island were destroyed during WWII. Despite the fact that there are few buildings left on Wyspa Słodowa today, this island is still a popular hangout spot for locals. This island hosts many events and activities, such as open-air concerts, dance classes and summer cinema nights. This island is also a popular spot for a picnic, so I packed up some picnic essentials and joined the locals to picnic and enjoy the beautiful sunset over Wroclaw.

Even though I only had a few days to explore Wroclaw, it only took me a few hours to fall in love with the city. This is the type of city that draws visitors back time and time again, and I already know that I will be returning to Wroclaw someday in the future. When I do plan my trip back to Wroclaw, you can bet that I will book my last-minute hotel on HotelTonight.

How many hotels are in Wroclaw?

There are 33 hotels in Wroclaw available from Hotel Tonight.

What are most popular hotels in Wroclaw?

Among our most booked hotels in Wroclaw are:
Hotel Platinum Palace
Aparthotel Bike Up
Oficyna przy Pa?acu Krobielowice

What are the best hotels in Wroclaw?

How much is a hotel room in Wroclaw?

In the last 30 days, HotelTonight prices in Wroclaw have been as low as $63.68, though the average room costs closer to $63.68 per night.

What is the cheapest time to go to Wroclaw?

Our hotels prices have varied throughout the year from $37.4 to $80.15 On average, we've seen the cheapest room prices in May

Which hotels in Wroclaw have a pool?

There are 5 hotels with pools in Wroclaw. Some of them are:
Hotel Platinum Palace
Czarny Kamień Resort & SPA
Qubus Hotel Wroclaw