Find a Hotel Tonight in
Warsaw 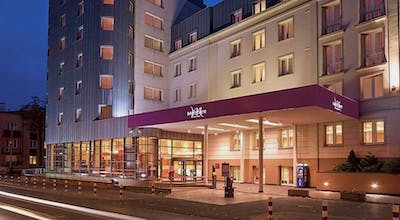 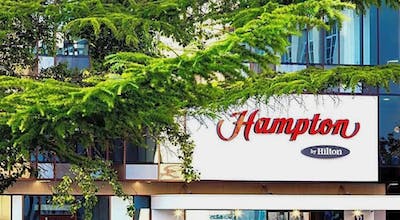 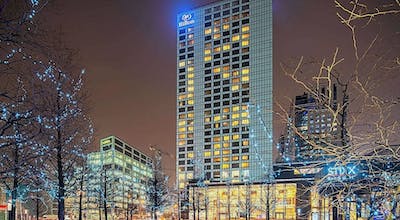 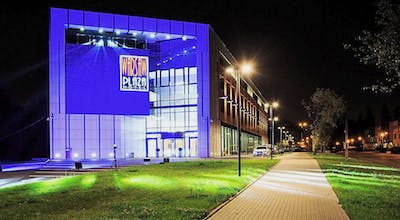 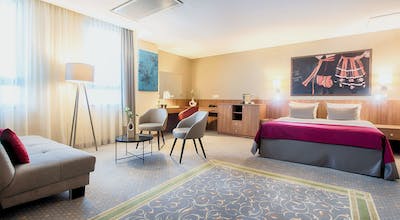 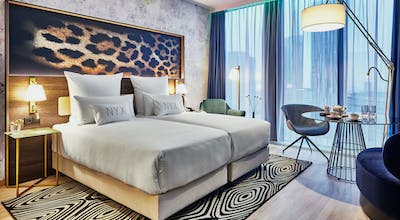 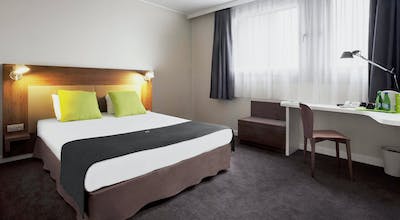 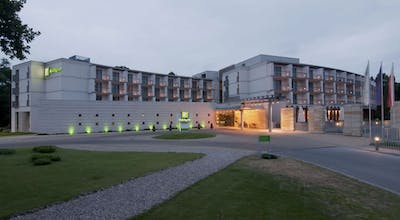 HotelTonight – Find a Great Warsaw Hotel for Your Poland Adventure

Poland's capital may have been largely destroyed in World War II and subsequently reined into the Soviet bloc, but today Warsaw is a vibrant, exciting European city that boasts great food and nightlife, beautiful streets and squares and a lively atmosphere. Despite its turbulent past, evidence of which you can see all over town, Warsaw's residents are excited and optimistic about the future, and their energy is infectious. As you stroll Warsaw's streets, you'll find tokens of its days under Communism, but you'll also find trendy restaurants and beautiful old buildings, all of which made Warsaw one of my favorite cities in Europe.

I hadn't originally planned on visiting Warsaw, but after a long business trip in Berlin, I decided to head out of Germany and visit its neighboring country, Poland. I took a train from Berlin to Warsaw, and while the beautiful Polish countryside zipped past my window, I pulled up my HotelTonight app to find a place to stay in Warsaw. In just a few minutes on HotelTonight, I had booked a great last-minute hotel in Warsaw. With a hotel room waiting for me in the heart of Warsaw, I pocketed my phone, looked out the window, and watched as we flew past picturesque fields and small villages.

The Old Town may be one of the first places most tourists visit while in Warsaw, but I quickly discovered that it's not the true heart of the city. The Old Town is pretty and full of history, but it's not actually as old as you might imagine. Since about 85 percent of the neighborhood was demolished during World War II, most of the Old Town is actually rather new. Still, there is plenty to do and see in this "new" Old Town, and there's something so enchanting about allowing yourself to get lost in its narrow, colorful streets. The nearby "New Town" is also worth a visit, and the two of these districts combined are colloquially known as Starówka.

My favorite way to see a new city is to walk its streets, as I believe that is truly the best way to get a sense of the city's culture and layout. One of my favorite walks in Warsaw was the Royal Route, which is possibly one of the most beautiful parts of Warsaw. The Royal Route (or Trakt Królewski) begins at the edge of the Old Town and winds through pretty districts and lively streets until it ends at the Royal Łazienki Park. By simply taking a leisurely stroll along the Royal Route, you will get a great sense for the city's history, and you will also get some postcard-worthy photos along the way.

As I learned from locals, Praga is one of the coolest neighborhoods in Warsaw. Praga is located on the right bank of the Vistula River, and it is where many young Varsovians like to live, socialize and party. Praga is home to the Soho Factory, which is an artistic space designed to foster and showcase local artists, as well as Bazar Różyckiego, the oldest market in the city. So if you want to see the trendy, artistic side of Warsaw or you just want to browse the stalls of an impressive market, you will want to head to Praga during your stay in Warsaw.

This district is a favorite among locals because of the peace, beauty and culture it bestows upon anybody who walks its streets. The showstopper in the Lazienki neighborhood is undoubtedly the "Palace on the Water," an exquisite palace that was once a lavish private bathing house. Surrounded by the lush, manicured Lazienki Park, this palace is certainly a highlight of the district. This neighborhood is also home to several other pretty parks as well as popular museums and even the Ujazdowski Castle, so I ultimately lost track of time and ended up spending the entire afternoon in Lazienki.

Not long ago, tourists used to avoid the neighborhood of Powiśle, simply because there wasn't much to see in this Warsaw neighborhood. Now, however, this riverfront district is experiencing a major transformation, and there's an excitement here that you can't ignore. Powiśle has become a hub for creative types, and here you'll find swanky bars and luxury penthouses, as well as refurbished warehouses. Powiśle still has a ways to go to become one of Warsaw's hippest 'hoods, but it's certainly an exciting place to visit if you have the time.

In just a few days in Warsaw, I understood why this Polish capital has become such a celebrated center of culture in Europe. This city buzzes with energy and excitement, but it's also steeped in rich history. Warsaw is a fascinating city to explore, and I know I'll return in the future to see what else this vibrant town has to offer. When I do plan my return trip, you can bet I'll rely on HotelTonight to book a great last-minute hotel in Warsaw.

How many hotels are in Warsaw?

There are 303 hotels in Warsaw available from Hotel Tonight.

What are most popular hotels in Warsaw?

What are the best hotels in Warsaw?

How much is a hotel room in Warsaw?

In the last 30 days, HotelTonight prices in Warsaw have been as low as $31.04, though the average room costs closer to $68.8 per night.

What is the cheapest time to go to Warsaw?

Our hotels prices have varied throughout the year from $59.79 to $101.17 On average, we've seen the cheapest room prices in January

Which hotels in Warsaw have a pool?

There are 46 hotels with pools in Warsaw. Some of them are:
Holiday Inn Warsaw Jozefow
InterContinental Warsaw
Regent Warsaw Hotel