Find a Hotel Tonight in
Gdansk 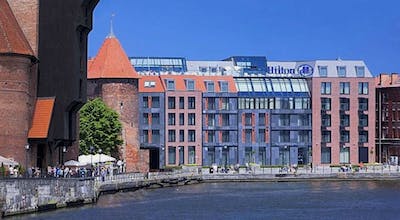 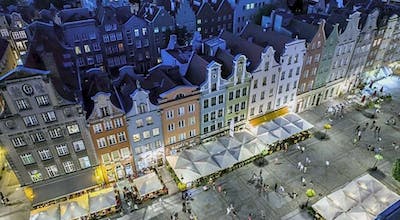 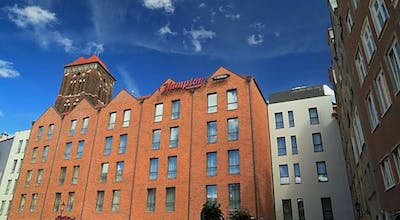 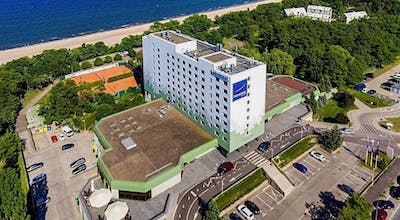 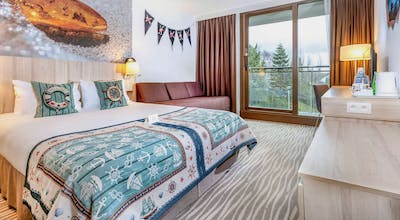 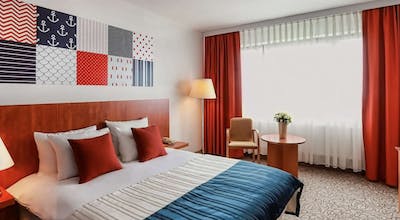 Gdansk has a distinctive vibe and culture you won't find in other Polish cities, which is part of this port town's charm. Situated on the Baltic Sea, Gdansk boasts a quaint, breezy atmosphere, and whether you're wandering the town's cobbled streets or strolling along the Baltic, you'll find plenty of character and beauty during your time in Gdansk. While Gdansk has been a main Baltic port for over a thousand years, there's still excitement and modernity in this seaside town. So whether you visit Gdansk in the summer months to enjoy some warm days at the beach or you visit this Polish town in the winter months to witness the beauty of the city under a sprinkling of snow, you're sure to fall for Gdansk just like I did.

During a recent summer trip to Poland, I found myself unexpectedly on a train heading toward Gdansk. While I hadn't originally planned on visiting Gdansk, I ran into several locals in Warsaw who told me I shouldn't miss the chance to see this beautiful Baltic town in the summer. So I bought a train ticket and booked my last-minute hotel in Gdansk through HotelTonight, and just like that I was ready to see what this Polish beach town had to offer.

The Główne Miasto is also known as the Main Town of Gdansk. Since much of Gdansk was demolished during World War II, the Main Town has been largely reconstructed to bring back the district's former glory. This area was a bustling commercial and cultural center in the 16th and 17th centuries, and today it remains the epicenter of culture and life in Gdansk. As I wandered the colorful Polish streets of Gdansk, I noted many of the city's major landmarks, such as the City Hall, the Long Market, the Golden Gate and the beautiful St. Mary's Basilica. This was the perfect area to start my spontaneous tour of Gdansk, as the Main Town really feels like the heart of this Polish town.

North of Gdansk's Main Town is the Old Town, which was also largely reconstructed after WWII. Most of the Main Town's streets and buildings are replicas of what the town was like in medieval times, which is why there's so much character and history all over the Stare Miasto. This Old Town is not only charming, but it's also one of the largest historical centers in all of Europe, and some of the most notable sites in this district include the old granaries and mills and the monument of King Sobieski. My favorite part of exploring the Old Town on foot was wandering down Ulica Mariacka, which I personally found to be one of the most picturesque streets in all of Gdansk.

Speaking of picturesque streets, the Royal Way is a walk you shouldn't miss while in Gdansk. I hopped on this historic route in the Old Town, and I followed its course past beautiful old buildings and idyllic avenues. The Royal Way is the route that the King used to take when he paraded through town, so naturally it showcases many of Gdansk's finest sights. This Polish town is full of charming avenues to stroll down, but the Royal Way is certainly the most impressive.

Also known as Long Market, this wide street is one of the most photographed areas of Gdansk, and for good reason--it is lined with beautiful, colorful old buildings. In the center of the street sits Neptune's Fountain, which legend says once started flowing with the traditional Gdansk liqueur of Goldwasser. This 17th century statue is one of the oldest surviving monuments in Gdansk, which is partly why it's one of the city's most beloved sights. Once upon a time, the city's main market was held in this long pedestrian city, and today you can still find plenty of great restaurants, cafes, and picture perfect buildings on Dlugi Targ.

I didn't want to travel all the way to northern Poland without enjoying a relaxing afternoon on a Baltic beach, so I headed toward one of Gdansk's most popular beaches, Stogi. As soon as I arrived, I almost forgot I was in Poland. Stogi's wide, sandy beach almost looked like it belonged in California, and I was certainly surprised at how beautiful and enjoyable this Baltic beach was. So I rolled out my towel and did as the Poles did, I relaxed and soaked up the summer sunshine.

Even though my stay in Gdansk was brief, it was full of wonder, sunshine, and even a bit of relaxation. Gdansk quickly became one of my favorite towns not only in Poland, but in all of Europe, and I'm already hoping for another chance to return to this charming coastal town. When I do decide to head back to the Baltic coast, you can bet that I'll book my last-minute hotel in Gdansk through HotelTonight.

How many hotels are in Gdansk?

There are 31 hotels in Gdansk available from Hotel Tonight.

What are most popular hotels in Gdansk?

What are the best hotels in Gdansk?

How much is a hotel room in Gdansk?

In the last 30 days, HotelTonight prices in Gdansk have been as low as $114, though the average room costs closer to $135.28 per night.

What is the cheapest time to go to Gdansk?

Our hotels prices have varied throughout the year from $43.4 to $135.28 On average, we've seen the cheapest room prices in May

Which hotels in Gdansk have a pool?

There are 3 hotels with pools in Gdansk. Some of them are:
Hilton Gdansk
Hotel Almond Business & SPA
Kozi Grod