Find a Hotel Tonight in
Amsterdam 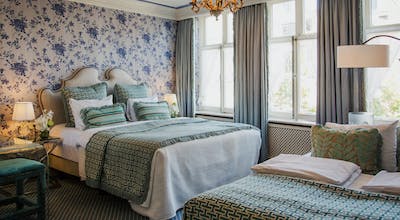 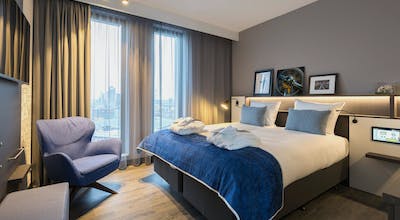 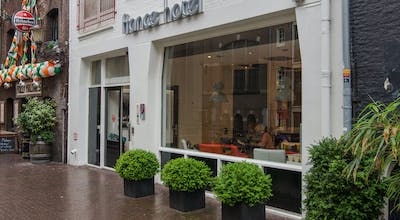 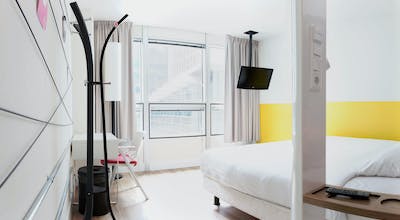 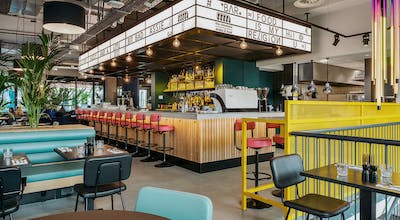 Amsterdam is one of those cities that prompts strong thoughts in people when they hear it mentioned. I had been to Amsterdam once, but only for work and I never really had an opportunity to take the time to get to know the place at all. When I travel, I like to spend time in neighborhoods and learn what it's like to live in a place as much as possible. Since 20 million people visit Amsterdam every year, I understand that there is a lot to see there. I wanted to see a slice of life. When I got the opportunity to spend 24 hours in Amsterdam, I jumped at it. All I needed was somewhere to stay. It all sounds so simple now, but the biggest challenge I faced was finding an Amsterdam hotel room at the last minute. Fortunately, I found a service that I'll continue to work with for a long time.

That service is an app called HotelTonight. I hadn't used it before my trip to Amsterdam, but as soon as I opened it I realized that this was going to be a powerful aid in my search. I looked for Amsterdam hotels and immediately got a nice list of results. I narrowed the choices down based on the information the app provided and picked a hotel that looked right for me. I went through and booked the room, having it confirmed in a matter of a couple of minutes. It was amazing that I was able to do that on such short notice. All I needed to do now was figure out what I was going to see while I was there.

I had a full day of exploring neighborhoods ahead, but I really wanted to spend some time in the middle of it all. Amsterdam-Centrum is where you'll find many of the iconic places and images of this city that's beloved around the world. I walked around for a bit just admiring all of the canals that are here, the unique way that the city is set up and the loyalty Amsterdam carries for artistic expression. In many ways, spending some time in Amsterdam-Centrum set the tone for the rest of my day, as I had been reintroduced to what it's like to live here.

De Plantage is just to the east of the center of the city, but you know you're in a different part of town as soon as you get here. De Plantage looks almost like it's some sort of protected area, as there is more green and open space here than you'd ever guess would be in such a large city. It's also full of gardens and very pretty little squares, which I enjoyed thoroughly. Off of one of those squares was a café that looked like the perfect place to enjoy some coffee and watch all of the interesting people go about their days. That's what I did and it was exactly what I needed at the time.

Oostelijke Eilanden, which basically means 'eastern docklands' in English, is its own unique place that in some ways reminded me of certain cities in the United States that had struggled for a time but that had been modernized when people figured out how to make use out of old warehouses. That's what appeared to be happening here, and there were also several restaurants nearby. I needed to eat lunch soon, but not wanting to read my phone and not knowing where to go, I asked a couple of locals for advice. They pointed me to a small place that I hadn't even noticed, and inside it served some of the best and unique sandwiches I had ever smelled, seen or eaten. It was a great lunch.

If you took everything that was unique about the Dutch culture and tossed it into one neighborhood, you would have Noord, or so I thought at least. It was here that I saw quaint Dutch villages next to modern and extremely daring architecture next to art and interspersed with several beautiful parks and open spaces. There were also some nice shops here, which was great because I needed to get some gifts for the people in my life. With that mission accomplished, it was time for my final stop of the day in Amsterdam.

I really couldn't have picked a better place to end my day than Westerpark, as this was the most cultural neighborhood I had seen all day. What made it unique was that all of this culture – museums, galleries, performance art happening live in the street – was set against the beautiful green Dutch backdrop. There were also some nice restaurants here, and thanks to some small talk I made earlier in one of the parks I knew where to go for seafood so good it really can't be described, only experienced. It had been a great day, but it was time to head back.

I walked into my lovely hotel room and almost felt ashamed that with all of the appreciating I had been doing in my head, I had not thought about HotelTonight and its ability to find me a hotel room in Amsterdam in a matter of a handful of clicks. As I drifted off to sleep, I made sure to remind myself that when I traveled in the future, I would do so with the help of this powerful and easy-to-use app. What a day it had been.

How many hotels are in Amsterdam?

There are 36 hotels in Amsterdam available from Hotel Tonight.

What are most popular hotels in Amsterdam?

What are the best hotels in Amsterdam?

How much is a hotel room in Amsterdam?

In the last 30 days, HotelTonight prices in Amsterdam have been as low as $41.26, though the average room costs closer to $124.65 per night.

What is the cheapest time to go to Amsterdam?

Our hotels prices have varied throughout the year from $100.41 to $180.58 On average, we've seen the cheapest room prices in February

Which hotels in Amsterdam have a pool?

There are 2 hotels with pools in Amsterdam. Some of them are:
Hotel Okura
Corendon City Hotel Amsterdam
&nbsp;•&nbsp;80% of HT bookers liked it