Find a Hotel Tonight in
Rimini 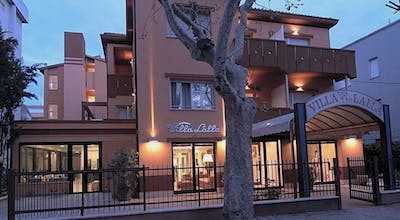 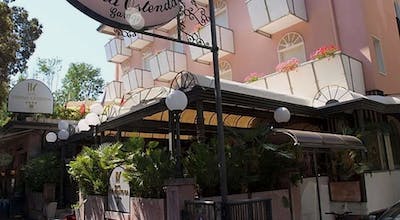 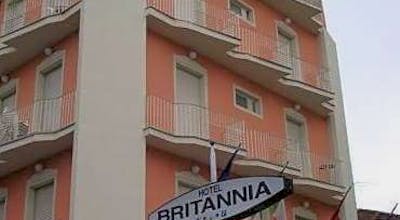 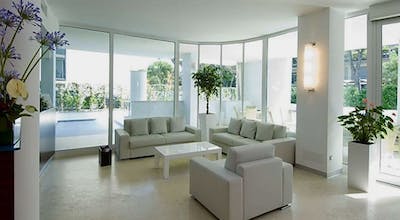 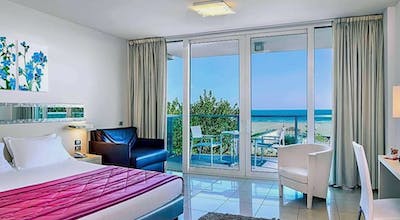 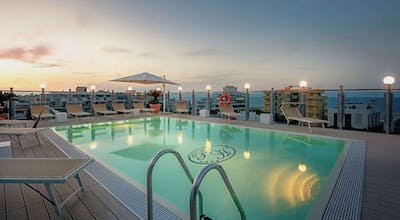 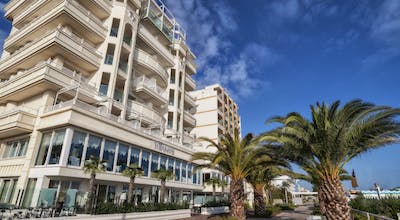 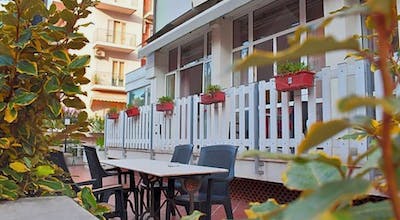 People tend to come to Rimini, Italy because of its miles of sandy beaches along its gorgeous coast. It is a resort city, and that's a good thing as people need those resorts to relax and recharge before getting back into the routine of life. I had been in Rimini for a few days and really enjoyed myself, as I do like lounging in the sun on the sand. That said, as my trip neared the end I started to wonder if I'd regret not spending more time in the city itself getting to know the people who lived there and getting a closer look at what life is like there. However, on the day I was set to leave, I got a call asking me if I'd be willing to stay there for 24 more hours. All I had to do was find a Rimini hotel room and be all set.

I was excited to avoid any regret from the trip, so I grabbed my phone and started looking for apps that help people find last-minute hotel rooms. I found one called HotelTonight. I hadn't used it before, but I liked the way it looked and I searched for Rimini hotels. I was impressed by the number of hotels that were available, and I was even more impressed with the quality of the offerings. The rates they were asking were reasonable considering how late it was, so I chose a place and booked it. Within a minute or two, I had a room booked and confirmed. I could not believe how easy and fast that was, and I now had an extra day in Rimini to explore the city and see what I had wanted to see before going home.

Rimini is not a big city by any stretch, as it's home to fewer than 150,000 residents. Regardless, it still has its neighborhoods that are all quite interesting. I started my day in the City Centre, and I was soon seemingly surrounded by piazzas, churches and other landmarks. Some of the landmarks I saw were dated back to the time when the Romans ruled most of the world. I walked around and took some photos of the buildings that were striking. I asked some people about where to go for the rest of the day and was pleased to find out that a lot of my research had been confirmed.

I moved from the City Centre to Bellariva, which was a beach resort but it also offered a lot of alternatives to sunbathing. There were quite a few restaurants and shops, and it was clear that this was the part of town you wanted to be in if you were looking for some nightlife. I wanted to enjoy some cappuccino, as it was getting late in the morning and I was ready for an energy boost. I found a nice cafe to sit and people-watch, and afterwards I was fully recharged and ready to continue with my adventure.

It's interesting how in Italy you can go from a very old neighborhood to a very new one almost instantly. I did that when I went from the center of town to the Marino Centro. This area had been almost nonexistent just a generation ago, but it had developed into a place where you would want to take a nice long stroll and enjoy the view. I wanted to enjoy some lunch, and I found a place nearby that served some of the freshest seafood I had ever tasted in my life. I was ready for the afternoon.

It was back to the old in Italy after lunch as I made my way into San Giuliano. I wondered where I was going more than once, as this neighborhood features those old narrow streets and houses lined up against each other, so it was difficult to find my way around. I did manage to find a few shops, though, which was a good thing because I needed to get some gifts for the important people in my life. I filled a few bags with unique items and was ready to continue on for dinner.

Rivabella was the perfect complement to the rest of Rimini in that it was built around the beach and the coast. In fact, I spent some time walking around on the promenade which was as nicely put together as anything I had seen. There were a lot of restaurants there that all looked enticing, but I asked a local where to go and he told me about a place around the corner. I walked in and enjoyed a fine glass of wine with some local fare that was so good it's actually difficult to describe. I was full and happy.

As I made my way back to my hotel, I found myself thinking about how adding that one day to my trip made all the difference in the world. I would leave Rimini without any regrets, as I had enjoyed the sun and the beach and I had gotten to know the community a bit. I had also gotten to know HotelTonight, and without it I would never have found a hotel room in Rimini on such short notice. I was satisfied, and I looked forward to traveling with HotelTonight in the future.

How many hotels are in Rimini?

There are 149 hotels in Rimini available from Hotel Tonight.

What are most popular hotels in Rimini?

Among our most booked hotels in Rimini are:
Ferretti Beach Hotel
duoMo hotel riMini
Hotel Estense

What are the best hotels in Rimini?

How much is a hotel room in Rimini?

What is the cheapest time to go to Rimini?

Our hotels prices have varied throughout the year from $39.68 to $277.06 On average, we've seen the cheapest room prices in November

Which hotels in Rimini have a pool?

There are 51 hotels with pools in Rimini. Some of them are:
Hotel San Giorgio Savoia
Savoia Hotel Rimini
Ferretti Beach Hotel