Find a Hotel Tonight in
Genoa 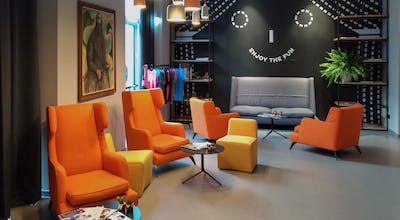 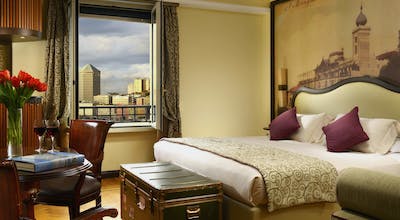 Certain cities in the world have left an indelible mark on history over the centuries. Genoa, Italy is one of those cities. Yes, most know that Genoa is the hometown of Christopher Columbus, and yes, his childhood home still stands; however, many are unaware that such present-day norms as blue jeans, pesto, the lottery and insurance all have their roots tied to Genoa. These facts along with its importance as a port city only added to my desire to finally see this city. In a completely random development, I recently encountered an opportunity to spend 24 hours there. However, I had to somehow find a Genoa hotel room within a few minutes or my opportunity would be lost. I wasn't sure how to go about doing that, but I didn't want to just let this opportunity pass without at least looking into different options.

I decided to use the HotelTonight app, which I had not used previously. I opened it and searched for Genoa hotels. I was quite pleased to see that there were so many choices available. I was also impressed that the choices provided were very nice hotels offered at very reasonable rates. I chose one that seemed to be a fit for my needs and then proceeded to the booking process. I had done it--I had found a hotel room in Genoa and was on my way to explore a new city for 24 hours. All I needed to do now was figure out what to see while there.

Centro Storico, or "Old Town" in English, seemed like a logical place to start exploring such an historic city. The first thing you notice about this part of Genoa is that the streets and alleys are extremely narrow and that there is very little motorized traffic. This is a good thing, as it makes it much easier to visit all of the historic sites that are here along with all of the squares where people seem to gather. It's also nice to just walk and look at all of the old architecture, balconies overhanging the streets and other things that are quintessential Italy.

Porto Antico, or "Ancient Port" in English, is as historic as anything in this historic city, as Genoa's port has been one of the biggest and busiest in the world for centuries. Unfortunately, this part of town had fallen into a state of deep disrepair until relatively recently. Since then, a lot of reinvestment has occurred here and the area has turned around markedly. The streets are clean, the views are fantastic and there are things to do here. One thing to do, which was great for me, is to have a cappuccino in a cafe. I did exactly that and it was exactly what I needed.

Stazione Principe, or "Prince Station" in English, is where you will find a large number of attractions that draw visitors to Genoa. I walked through a museum and took photos of several different monuments, taking in the entirety of the scene and wishing I had a camera more able to capture the overall scene. I was also ready for lunch, so I asked around to see where people would send me. I was pointed to a little bistro nearby that served extremely fresh seafood. What the people told me was correct, as this was incredibly fresh fish that was also extremely tasty.

Stazione Brignole was exactly what I needed to find after lunch. I had been walking around all day, taking pictures, exploring and talking to people, but it was sitting at lunch where I realized that I needed to make sure to find some gifts for the important people in my life. Stazione Brignole is a district where you'll find a lot of different shopping options. I went through a few stores and had no problem finding things for everyone on my internal list. I filled several bags with items and felt good that I had gotten this done.

My final stop for the day was in Castelletto, which means "Headframe" in English. That's an appropriate term, as this district is residential and it sits above the rest of the city. You get incredible views of the entire area on a clear day. What I wanted in addition to these stunning views was dinner, and there were a few choices available. I went with a small, clearly locally-owned place that served, of course, Italian food. I enjoyed my dinner immensely and was more than satisfied when it came time to head back down into the city.

As I made my way back to my hotel, I thought about how I had managed to pull all of this off somehow and what a great day it had been. I realized that without HotelTonight, I may never have seen this beautiful city because it helped me find a Genoa hotel room so quickly. I reminded myself that when I traveled in the future, I would do so with the help of this powerful app. I looked forward to when that time would arrive.

How many hotels are in Genoa?

There are 46 hotels in Genoa available from Hotel Tonight.

What are most popular hotels in Genoa?

Among our most booked hotels in Genoa are:
Grand Hotel Savoia
Mediterraneo Emotional Hotel & Spa
The Poet Hotel

What are the best hotels in Genoa?

How much is a hotel room in Genoa?

What is the cheapest time to go to Genoa?

Our hotels prices have varied throughout the year from $77.9 to $237.84 On average, we've seen the cheapest room prices in December

Which hotels in Genoa have a pool?

There are 5 hotels with pools in Genoa. Some of them are:
Best Western Regina Elena
Grand Hotel Miramare
Hotel Vis à Vis