Find a Hotel Tonight in
Galway 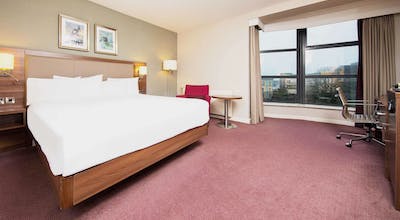 HotelTonight – Galway Hotels in a Flash

Is there a country in the world more known for its culture and festive nature than Ireland? When people think of Ireland, they think of green fields, happy people, wool and, of course, good times. It's believed by many that the city in Ireland most known for its Irish culture is Galway, a city of approximately 75,000 people. Despite its small size, Galway is a big attraction for people around the world as there is a lot more happening than those who haven't seen it may realize. I had been to Ireland before but never to Galway. Recently, I had an opportunity to spend 24 hours there if I was able to make arrangements for a Galway hotel in a matter of minutes, otherwise I would have had to pass. I was excited about the possibility of getting there, but I needed to find some help in order to make this a reality.

I pulled out my phone and searched in the available apps for last-minute hotel reservations. I found something called HotelTonight. I hadn't used it, but I liked the way it looked and seemed to work. I searched for Galway hotels and found not only quite a few choices, but what seemed to be very nice hotels in Galway for very reasonable rates. I chose one that fit what I was looking for and hoped above all else at that point that I could complete the booking process efficiently. I was stunned to see that after a few swipes and taps, my room in Galway was reserved and confirmed, all within seconds. I couldn't believe it – I had pulled it off. Now all I needed to do was figure out what in and near Galway I wanted to see.

My first stop of the day was actually just off the coast of Galway, a place called the Aran Islands. These are three islands, known as Inishmore, Inishmaan and Inisheer, that naturally protect Galway Bay. You could spend several days here alone. The islands are a true window into the life of those who live in Ireland. These rocky formations are perfect for grazing sheep and other forms of farm life, and spending time here was like traveling back in time. I walked around each of them for a short time, just soaking in the breathtaking scenery.

I went back to the mainland and spent some time in the City Centre, which is a classic Irish area. There are streets here that are just for pedestrians, and they are cobblestone, so you get that feel of being somewhere historic and preserved. There were busking musicians seemingly everywhere, and the buildings were mostly pubs, restaurants and stores. There were also cafes around, which I appreciated because I was in need of a cup of coffee and perhaps a little snack. I chose a cafe and had a delicious cup of coffee, some sweets and a nice time just sitting and watching the people enjoy themselves. I was recharged and ready to move into the rest of my day.

Who knew, after spending the entire day to this point in areas so fully Irish, that I'd find such beauty in a place called the Latin Quarter? The famous Spanish Arch is here, which was built in 1584 to help guard the city. There are also pedestrian streets here made of cobblestone and a lot of different restaurants from which to choose if you're hungry, which I was at the time. I asked some people about where I should go, and they graciously pointed me towards a bistro that served high-end gourmet food. I had a fantastic lunch and was full, satisfied and ready to get back out there for the afternoon.

Salthill isn't so much a neighborhood as it is a massive resort area, but it's not one of those over-the-top resort spots that gets to be too much after a relatively short amount of time. It's situated on the shore of Galway Bay, and it's filled with family fun. I walked around and enjoyed the shoreline for a bit and then found some very nice stores, which I needed at the time. I wanted to bring some gifts home for family and friends, and it was here that I found several unique items that were sure to be appreciated when I got home.

I finished my day in Claddagh, another community on the shoreline that has a unique history. It used to be a fishing village on the outside of Galway, but has since grown into being part of the city. You can still see a lot of history here, as it still looks like an old village in a beautiful sort of way. It also has a nice pub-type restaurant, which I stopped at for dinner. I ordered the fish and chips, and it was nothing short of a fantastic meal. I was more than happy with how I was feeling at this point.

As I made my way back to my hotel, I was already reflecting on what a great day it had been. I saw a new part of Ireland and understood why this place was visited by so many people. I also thought of HotelTonight, as without this app I may never have found a Galway hotel in time to even visit in the first place. It had been a wonderful day, and now I looked forward to a restful sleep in my comfortable and stylish hotel room.

How many hotels are in Galway?

There are 37 hotels in Galway available from Hotel Tonight.

What are most popular hotels in Galway?

Among our most booked hotels in Galway are:
The Connacht Hotel
Harbour Hotel
The Ardilaun Hotel

What are the best hotels in Galway?

How much is a hotel room in Galway?

What is the cheapest time to go to Galway?

Our hotels prices have varied throughout the year from $76.16 to $168.16 On average, we've seen the cheapest room prices in November

Which hotels in Galway have a pool?

There are 9 hotels with pools in Galway. Some of them are:
Shearwater Hotel & Spa
The Ardilaun Hotel
Hodson Bay Hotel