Find a Hotel Tonight in
Dublin 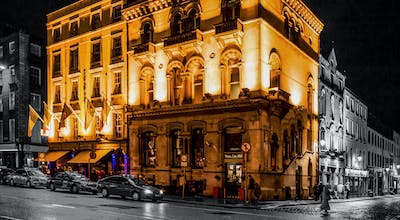 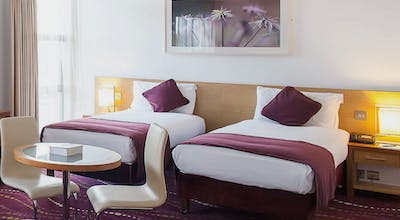 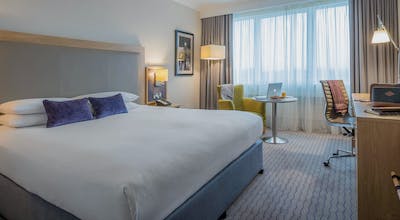 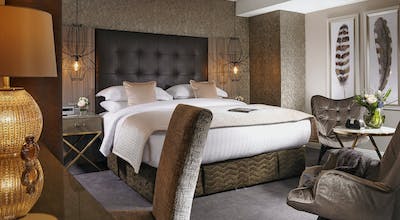 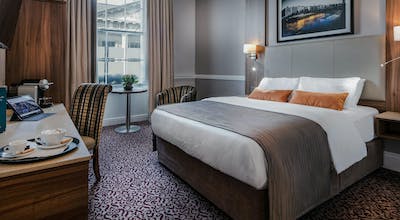 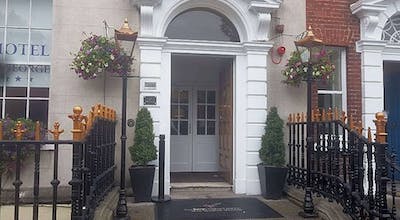 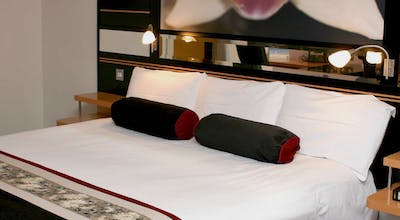 What Guests are Saying About Dublin 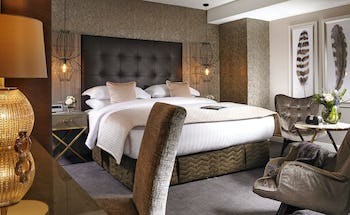 Camden Street, Dublin
93%
liked it
(
148 Ratings
)
Bed was comfortable and you have access to Netflix and prime ! Sauna and stream room was perfect to detox down at the pool! Food was good from room service and very central !
Natalie L. 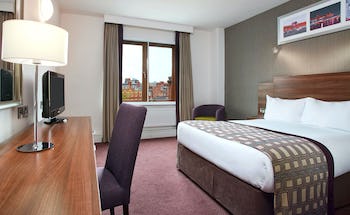 Christchurch Place, Dublin
93%
liked it
(
59 Ratings
)
Great hotel, amazing staff and superb location. 10/10 if you can upgrade to the 5th floor, worth the extra :)
Stephen E. 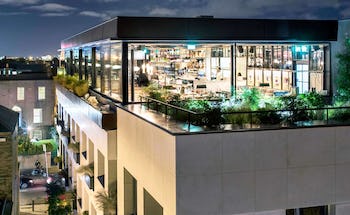 HotelTonight – Dublin Hotels at Your Fingertips

There are certain places in the world, for me, that when you say their name they evoke a visceral response. One of those places is Dublin, Ireland. I had been here before a few times and had done all of the touristy things, but I never really had a chance to see what life was like here through the eyes of someone who lives here. I had an opportunity to do so recently when a trip got extended by a day, but I had to figure out a way to find a Dublin hotel room as quickly as possible and only a day before I needed it. That's not an easy thing to do, as finding an international hotel can be an involved process that can also be stressful, particularly if you're stressed for time. I decided to see what I could get done on my phone.

I found an app called HotelTonight. I hadn't used it in the past, but I liked the way it looked and how simple it seemed to be to use. I searched for Dublin hotels and found quite a few choices available. Relieved that I'd probably be able to find a room somewhere, I chose the Dublin hotel that looked like the best fit for me and embarked on what I assumed would be a difficult booking process. I was totally wrong – HotelTonight makes booking even a last-minute hotel so simple it's hard to believe you're done when you're actually finished. I was thrilled. I would have an entire day to explore Dublin like I hadn't been able to in the past.

Even though I had been here before, I really wanted to see the City Center of Dublin again. It's the absolute picture of a European city, what with modern buildings mixed in with structures that seem to date back to the Middle Ages, which some of them probably do. I was immediately reminded of how friendly everyone is here as I asked around for places to go after explaining my mission for the day. I had a good list of things to do now and places to see, so I took a bit more time to enjoy the atmosphere and made my way to my next stop.

If you want to experience cobblestone in Europe, spend some time in Old City, Dublin. Dublin Castle is here, and it was nice to see that once again, but I spent more time looking at the shops and boutiques that seemed to be popping up all over the place. I also found a lovely looking cafe, which was great because I was feeling a bit tired from the time change and wanted some coffee to perk up. I had a delicious cup along with some tasty finger snacks while watching the people go about their days as though they weren't paying attention to anything else.

If I had it to do all over again, I would try to get into Trinity College in Dublin. I had never seen the campus before, but it was absolutely stunning. I may as well have been at just about any Ivy League school, as the buildings were very old stone structures and there were quads dotting the campus that were a pleasure to walk through for a bit. At this point, I was ready for some lunch, and I really wanted some Irish food. I found one near campus that also boasted of having no preservatives in anything they prepared. It was a delicious lunch, bursting with flavor yet with enough heartiness to fill me up solidly. I was ready for the afternoon.

Temple Bar, which is near Trinity College, probably plays host to quite a few students at night. It's obvious that this is the nightlife part of town. However, there is still a lot to do during the day. What I needed to do while I walked off my lunch was shop for some gifts, as I needed to bring back some mementos for the people I love. I found quite a few choices and had no problem filling a few bags with items that I was sure would be very much appreciated by their recipients. Now that I had walked throughout the afternoon, I was ready for dinner.

I ended my day in Liberties, which had fallen on tough times for quite a while before it became home to a large amount of investment and revitalization during the past 15 years or so. What were once rundown and vacant properties were now prospering businesses. I really wanted to enjoy dinner in an Irish pub, so I found one nearby and popped in for a bite. I had the fish and chips and of course a beer, but I also had some extremely pleasurable conversations with the locals. Someday I'll find out why everyone in Ireland is so friendly.

It was time to head back to my hotel. I was sad about that, but thrilled that I had taken the opportunity to spend a day here exploring. I knew more about Dublin now than I did 24 hours earlier. I was also thrilled that I had found HotelTonight, as it helped me find a hotel in Dublin easily, despite the fact that it was at the last minute. I would definitely travel with HotelTonight again in the future.

How many hotels are in Dublin?

There are 127 hotels in Dublin available from Hotel Tonight.

What are most popular hotels in Dublin?

Among our most booked hotels in Dublin are:
Clayton Hotel Burlington Road
The Dean Hotel
• 91% of HT bookers liked it
The Fleet

What are the best hotels in Dublin?

How much is a hotel room in Dublin?

What is the cheapest time to go to Dublin?

Our hotels prices have varied throughout the year from $68.54 to $114.17 On average, we've seen the cheapest room prices in February

Which hotels in Dublin have a pool?

There are 8 hotels with pools in Dublin. Some of them are:
The Merrion Hotel
The Marker Hotel
Intercontinental Dublin