Find a Hotel Tonight in
Cork 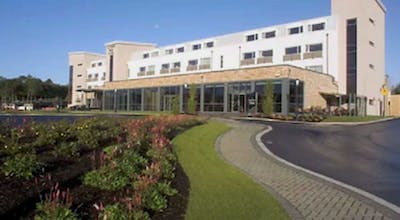 What Guests are Saying About Cork 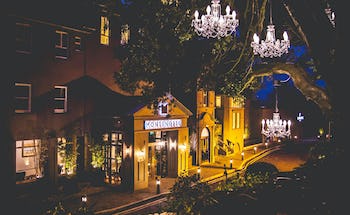 There is just something about Ireland. It looks a little bit different. It feels a little bit different. It's one of those mystical places that just puts an energy inside of you that's hard to describe. The people who live there feel it – they are as friendly and genuinely happy as any I have ever encountered anywhere in the world. I had been up and down Ireland and obviously enjoyed the time I got to spend there. However, I had never been to Cork, and I had heard nothing but great things about it. When I got the opportunity to take an extra day on my way back home from Europe, I decided to make a stop in Cork. I only had one problem: I did not have a hotel room in Cork and I only had a couple of hours to find one. I wasn't sure how to handle that.

I grabbed my phone as opposed to pulling out my laptop and looked for last-minute hotel apps. I found one called HotelTonight. I hadn't used it before, but I opened it and searched for Cork hotels. I was quite impressed with the number and the quality of results that it returned. I picked one that seemed to fit what I was looking for and moved into the booking process. This is usually where I had encountered problems in the past with other options, but that wasn't the case with HotelTonight. I had my Cork hotel room booked and confirmed within a handful of clicks. I was thrilled. All I had to do now was decide where in Cork to go once I got there to explore.

I always like to start exploring a new city by walking around a bit in its downtown area, which I did in Cork. The first thing you notice is that unique Irish architecture that gives every building that classic look. The next thing I noticed, at least, was that yes, people here appeared to be just as friendly and happy as they are in other parts of Ireland. There's a river, the River Lee, that cuts right through the heart of downtown and there seem to be nearly as many people on bicycles as there are in cars and trucks. When you look around you see that you're surrounded by hills, with buildings and churches looking down on you.

Blackrock is about 5 miles outside of the main part of Cork City, but it's now officially a part of Cork. It's also nothing short of stunningly beautiful. The centerpiece of the area is Blackrock Castle, which was originally built in the late 16th Century as a fort. Since then, it's burned down twice and been rebuilt, most recently in 1829. These days, there's not only a visitor center but also an observatory. I spent some time there and then found a little café, which was great because I was in need of some of that renowned Irish coffee. It was perfect on a day that can only be described as typically Irish.

I kept going a bit further out of town for my next stop, which was Bandon. This is not a large town, as its population is just over 6,000 people, but it's the classic Irish community. The buildings are colorful and close together, the streets are narrow and the people are milling about, going through their routines. There are also some nice restaurants here, which was good news because I was starving. I asked around for restaurant recommendations and of course got helpful answers. Before I knew it, I was staring at a big plate of fish and chips. It was fantastic. I enjoyed it thoroughly and carried on with my day.

Carrigaline is also a bit down the road from Cork City, but it was worth the short drive to see. This is basically what we would call a bedroom community in the United States, as it's very residential and it appears that most of the residents work in Cork City. It's also filled with wide open green spaces, which was nice because I needed to walk off that delicious lunch. I did so while marveling at just how green everything is her. No matter how many times I see it, that still gets me every time.

My final stop of the day was Ballincollig, a satellite town just outside of Cork City. There's a big dose of Irish countryside for people here, and I'm always up for that. There are also quite a few restaurants, which was convenient as it was getting to be dinnertime. I was told about a gastropub that featured a wide array of Irish dishes, so I gave it a try. It was wonderful. The food was delicious and the lovely conversations I had with the friendly residents only added to the overall experience.

Sadly, it was time to head back to my hotel. It had been a wonderful day of getting to know a bit more about Ireland, a country I love to visit. I reflected on what I had seen and vowed to return to Cork someday. I also promised myself that when I traveled like this, I would do so with the help of HotelTonight. I found a very nice hotel room in Cork thanks to it, and I'd continue to depend on it when the need for last-minute lodging arose.

How many hotels are in Cork?

There are 32 hotels in Cork available from Hotel Tonight.

What are most popular hotels in Cork?

Among our most booked hotels in Cork are:
Jurys Inn Cork
The Montenotte Hotel
• 92% of HT bookers liked it
The Metropole Hotel

What are the best hotels in Cork?

Some of the top rated HotelTonight hotels in Cork are:
The Montenotte Hotel
• 92% of HT bookers liked it
Cork International Hotel
Glenmaroon House

How much is a hotel room in Cork?

What is the cheapest time to go to Cork?

Our hotels prices have varied throughout the year from $98.49 to $183.37 On average, we've seen the cheapest room prices in October

Which hotels in Cork have a pool?

There are 12 hotels with pools in Cork. Some of them are:
Clayton Hotel Silver Springs
The River Lee Hotel
Rochestown Park Hotel