Find a Hotel Tonight in
Cologne 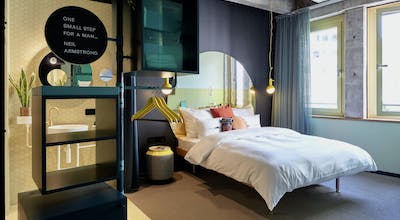 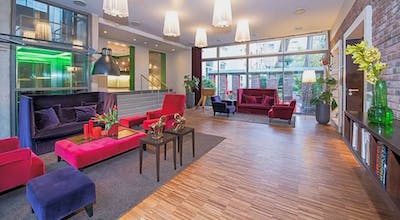 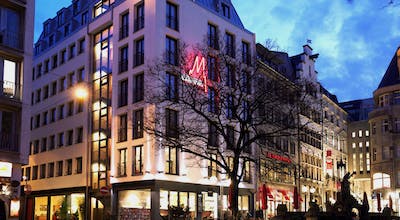 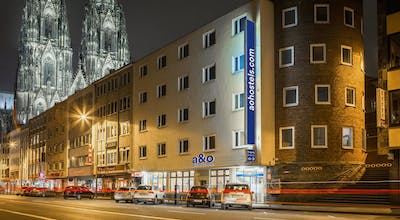 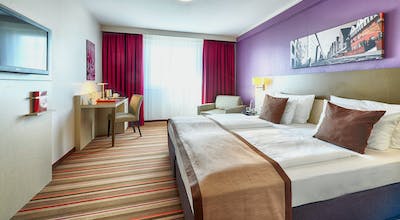 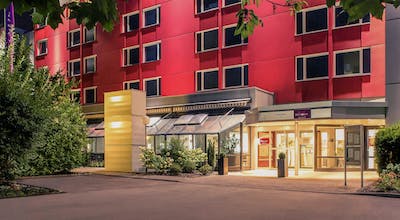 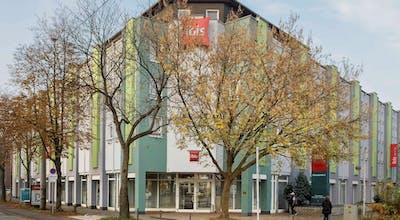 What Guests are Saying About Cologne 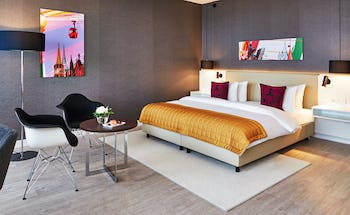 HotelTonight – Cologne Hotels in a Handful of Taps

There was always something about Cologne, Germany that appealed to me. Perhaps it was because my ancestors on my mother's side immigrated to the United States from there. Perhaps it was because several people I know have visited there and every single one of them came back raving about the city. I wasn't sure what the specific appeal was, but I knew I wanted to get there someday, especially after visiting so many other parts of Germany. One day, I stumbled upon the opportunity to spend 24 hours in Cologne, as I was able to randomly book a quick flight to and from the city. The flight was the next day, however, and I had to confirm my reservation within 10 minutes. That meant I had 10 minutes to find a hotel room in Cologne. It wouldn't be easy, but it would certainly be worth 10 minutes of effort to find out if it was possible.

I pulled out my phone and searched apps for one that helped with last-minute hotel rentals. I found one called HotelTonight that looked like it could work for me. I opened it and searched for Cologne hotels. I was delighted to see several options available. I picked one that seemed like the right fit for me and then got ready for the booking process. I had seen this step take a long time in the past, so I was ready for it. I was thrilled that instead, the booking process was over within a minute or two. That was it – I had my Cologne hotel room and I was off on a new adventure.

The Cologne Ring is actually semi-circular in shape, hence the name. It sits inside the old city walls and is abuzz with activity, even in the morning. I found that interesting, as this is also clearly a part of town where nightlife is important. I walked around and looked at some of the different shops that were open. I also took a look at the walls that used to protect Cologne from invaders. This was quite a place indeed, and I made some small talk with locals who spoke English. They like to come here for the same reason as tourists – because it's beautiful.

The Ehrenfeld District appears to be where the students are gathered. There are always a few givens when there are students in a consolidated place. One of those is that there will be coffee available somewhere nearby, and that was a good thing because I was tired and really needed an energy boost at the time. I did find a nice café near a square, and I sat and enjoyed a lovely cup of coffee with a small tray of German sweet snacks. It was delicious and exactly what I needed. I sat and people-watched for a while, just taking in all of the architecture and scenery in general.

Is seems that I had found the part of Cologne that attracts the artists, performers and people interested in culture. That was great, because it allowed me the opportunity to walk around a bit and window-shop. I did that for a bit and then realized it was time to eat, as I was starving and it was about that time. I asked some nice people where I should go, and was pointed towards a place that I may not have even recognized had it not been singled out. I went in and ordered and had an authentic German lunch. It was fantastic. I was full and satisfied and ready to move on with my day.

After that lunch, I needed to walk around for a bit. I had a lot of energy suddenly and I still had some things to do. I found some shops in the Sudstadt District and browsed for a bit, hoping to find some gifts for family and friends who would not believe I had been here. I finally narrowed down the enormous list of things that I considered for them, filled a few bags with items that were sure to be appreciated and got back out there for some more walking around. It was time to plot where I was going for dinner.

The Belgian Quarter, as it's known, is full of buildings that look like they're hundreds of years old. Many of them have been preserved and redone a bit after World War II. There were several restaurants here, which I appreciated because I was ravenous at this point. I found one that looked quite high-end in nature, but that's fine, as I wanted to get a feel for what the gourmet cuisine scene was like here in Cologne. I ate things I wouldn't even recognize, but all of it was nothing short of delightful. I was ready to call it a day.

I made my way back to my comfortable hotel room, already thinking about the deep sleep I was going to enjoy. It had been quite a day, and one that I still couldn't believe had actually happened. I thought about how HotelTonight had helped make all of this possible, as without a Cologne hotel room I would not have been able to make this trip. I made sure to keep using HotelTonight for my future travels, as today was just one example of what this powerful app could do.

How many hotels are in Cologne?

There are 84 hotels in Cologne available from Hotel Tonight.

What are most popular hotels in Cologne?

Among our most booked hotels in Cologne are:
Steigenberger Hotel Köln
• 94% of HT bookers liked it
BURNS Fair & More
Ameron Hotel Regent

What are the best hotels in Cologne?

How much is a hotel room in Cologne?

In the last 30 days, HotelTonight prices in Cologne have been as low as $47.46, though the average room costs closer to $89.38 per night.

What is the cheapest time to go to Cologne?

Our hotels prices have varied throughout the year from $66.53 to $107.34 On average, we've seen the cheapest room prices in November

Which hotels in Cologne have a pool?

There are 9 hotels with pools in Cologne. Some of them are:
Hyatt Regency Cologne
Althoff Grandhotel Schloss Bensberg
Lindner Hotel Dom Residence