Find a Hotel Tonight in
Cannes 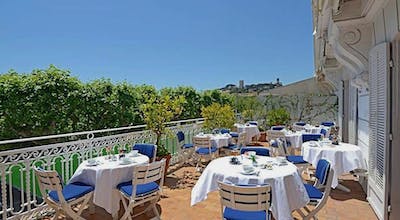 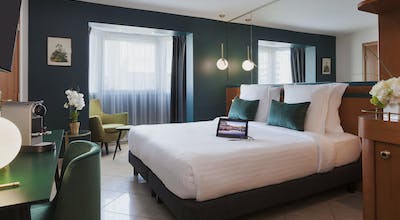 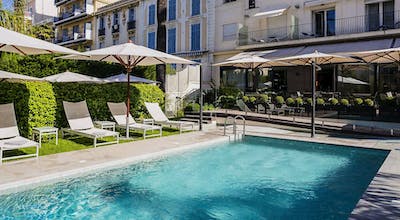 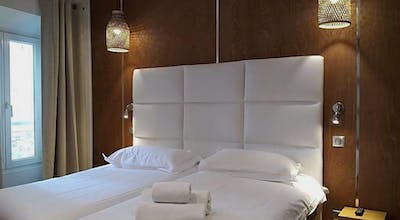 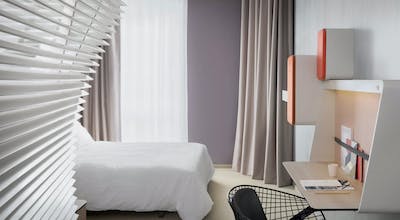 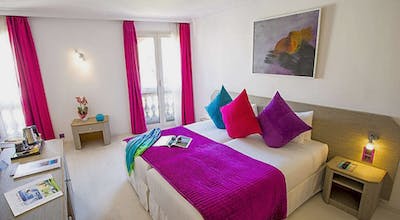 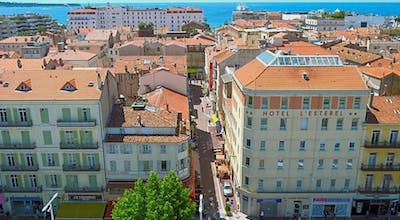 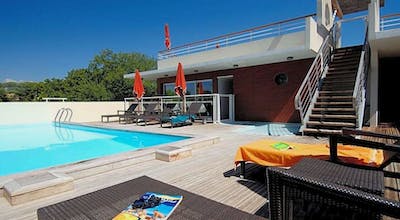 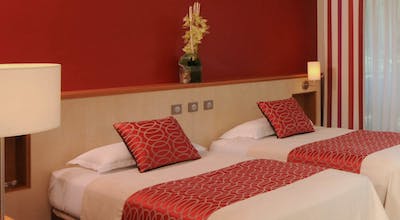 What Guests are Saying About Cannes 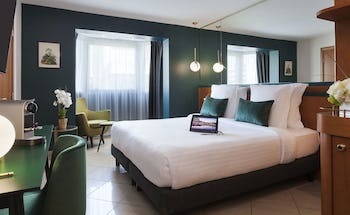 12 Rue Latour-Maubourg, Cannes
84%
liked it
&nbsp; (
161 Ratings
)
Great location! It was a 10 minute walk from the train station and 1 block from the beach!
Stephanie D.

There is a city in France that is known for one thing far beyond anything else, and that one thing is the magic of film. Yes, I'm talking about Cannes, which is known around the world for its magical film festival that occurs every year. I had heard about this gathering many times, including from people who had been there, but I had never been to Cannes and I always wanted to explore it. However, I wanted to explore the community itself to see what life was like there, as I am not one of those people who enjoys flocking to a place with countless other tourists. Recently, I had an opportunity to spend 24 hours there, but in order to do so I had to find a Cannes hotel room within minutes or my invitation would have gone to someone else. I frantically began to search for lodging.

I started and ended with, what else, HotelTonight. I opened it and searched for Cannes hotels, and I was quite surprised that there were so many different choices available. I also noticed that the hotels in Cannes were of high quality, but they were also being offered at reasonable rates. I chose one that looked like the right fit for me and embarked on the booking process, which in my experience has often been cumbersome. It was anything but with HotelTonight, as I had my hotel room in Cannes booked and confirmed within seconds. I was thrilled--I had found my Cannes hotel room with time to spare and was off to visit a place I had always wanted to see. Now, I just needed to figure out where I was going to go while there.

A logical place to start when exploring any new city is its center, so while in Cannes, I began my adventure in the aptly-named Centre-ville. It seems that the locals actually call this part of town "La Banane," as it is shaped like a banana on the map. It's also clearly the center of the town not only in a geographic sense, but also because its business district is here as are many financial institutions, shops, restaurants and cafes. People were bustling around busily as I strolled the area, and it was a good way to get a vibe for the city.

If the name of La Californie looks familiar, it should, as it is named for California given how similar the two places are in terms of weather, extremely beautiful plant life and luxury. This is a high-end part of town, and you can see that with the enormous homes that are here along with the shops and boutiques that cater only to a certain crowd. It was fascinating to see, but at this point I really needed a boost of energy. I found a cafe along the sidewalk and sat and enjoyed a cup of coffee with a couple of sweet treats. La Californie is a great place for people-watching.

La Croisette isn't necessarily a neighborhood, but it's more of a promenade that runs along the breathtaking shores of the Mediterranean Sea. I walked and walked along the shore, taking a lot of different photos and enjoying everything there was to see. I had also become quite hungry with all of this walking, so I asked around for advice on where I should eat lunch. I was directed to a little local place that served some of the best seafood I had ever tasted. Happy and satisfied, I was ready for the afternoon.

My first stop after lunch was in Le Cannet, which is a bit different from what I had seen all morning. Le Cannet is much more laid-back and residential, for lack of a better term, than the parts of Cannes I had already visited. This seems like one of those off-the-beaten-path French towns, and it was as quaint as it was beautiful. It was also home to some nice-looking shops, which was great because I needed to purchase some gifts for the important people in my life. I did so and realized it was already time for dinner.

If there was such a thing as an old town in Cannes, Le Suquet would be that place. Walking down the narrow streets here gave me the feeling of old Europe, and when I climbed a hill I could see almost all of the coastline. There were also some delightful restaurants here, at least based on what I saw from the outside. I found one that served more fresh seafood that I was sure came directly from the sea that morning along with a delicious glass of wine. It was a tremendous meal.

As I made my way back to my hotel, I began to process just what I had managed to pull off over the previous day or so. I had come to visit a place I had always wanted to see and had done so with the help of a new app that provided me with a Cannes hotel room at the drop of a hat. I would come back to Cannes someday, and I would definitely travel with HotelTonight in the future.

How many hotels are in Cannes?

There are 52 hotels in Cannes available from Hotel Tonight.

What are most popular hotels in Cannes?

What are the best hotels in Cannes?

How much is a hotel room in Cannes?

What is the cheapest time to go to Cannes?

Our hotels prices have varied throughout the year from $90.7 to $238.53 On average, we've seen the cheapest room prices in January

Which hotels in Cannes have a pool?

There are 15 hotels with pools in Cannes. Some of them are:
Hotel The Originals des Orangers Cannes
BW Plus Cannes Riviera & Spa
Hôtel Le Canberra