Find a Hotel Tonight in
Brno 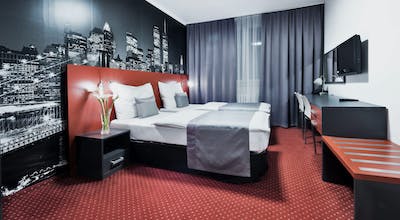 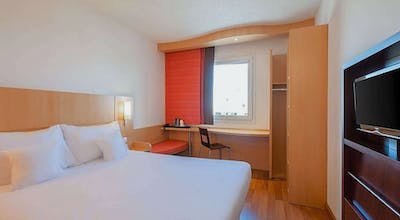 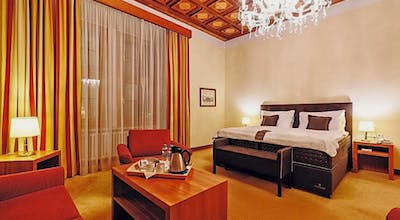 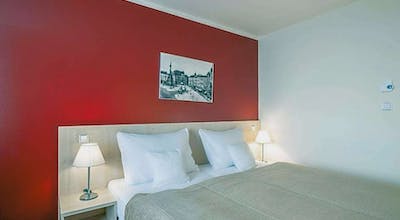 HotelTonight – Brno Hotels at Your Fingertips

I had been to pretty much all of the biggest cities and capitals of Europe, but there were still several lesser-known – at least in the United States – cities that I really wanted to visit. When I told people that I wanted to see Brno, Czech Republic someday back home, almost everyone looked at me with a bit of confusion. No, I wasn't making the place up, but rather I was talking about the second largest city in the Czech Republic behind only Prague. Therefore, when a total confluence of circumstances conspired to provide me with an opportunity to spend 24 hours in Brno, I didn't hesitate. The only problem I foresaw was finding a Brno hotel room, as I had to do so as quickly as possible to lock in my plan. I wasn't really sure where to start, but finally decided to see if there was an app that could help me.

I found one called HotelTonight. I hadn't used it before but I liked the look of it and it said that its purpose was to help people find last-minute hotels. I was pleasantly surprised when I saw that Brno was a choice, as that's not always the case with other apps and Web sites. I was excited when I saw the choices for Brno hotels. I was downright ecstatic when I went through the entire booking process in a matter of a few minutes. I couldn't believe that I had just booked a hotel in the Czech Republic from my phone in less time than it takes to brew a cup of coffee. I was off on my day of exploring Brno.

There is a distinct feel about everything Czech. The architecture is unique, the streets look like they should be in the Czech Republic and even the people look like they belong here. They want you to feel that way as well, as they are extremely friendly and gracious when you ask them a question. Many of them speak English, but even those who do not do their best to help you. Brno's city center was beautiful, and I spent a lot of time just walking around window-shopping. My day was off to a very good start to say the least.

Brno-sever is basically the northern part of Brno, and it's big, as nearly 50,000 people live in this part of town alone. It's a very residential area given all of the people here, and there is a UNESCO site in the Villa Tugendhat. I walked around some more and enjoyed all of the families going about their days. I was also getting a bit tired given the time change, as it was mid-morning. I found a very nice café and stopped in for a coffee and a very tasty little snack. It was nice to just sit and enjoy the atmosphere and listen to the locals talk to each other.

Kralovo-Pole appeared to be an even bigger and more populated part of town. There were massive housing developments here and people everywhere. There was also a lot of shopping here, most likely to serve the large population. Fortunately, there were also quite a few restaurants. I was hungry and it was that time of day. I overheard someone speaking English and as it turns out it was an expat living here and loving every day of it. She told me about a nice local restaurant just down the road that served great goulash. I followed that advice and was not disappointed in any way at all. Goulash is about as satisfying a meal as you can enjoy. I was ready for the rest of the day.

Medlanky is a much smaller neighborhood, and there didn't appear to be nearly as many commercial developments around. That was fine with me, as I wanted some open space to walk off my big lunch. I found a park and did so, and then I did realize that I needed to find a store or two to purchase some gifts for the important people in my life. I found a couple of local shops and was happy with what I bought for everyone. I was sure they would be as well. With that accomplished, it was time to head back into the main part of town for dinner.

As I sat and savored the delicious schnitzel that I had ordered at a place I had to have pointed out to me to even see from the street, I thought about how I had seen yet another city that I had always wanted to see. I also thought about how all of this was possible because of HotelTonight. Their choices for Brno hotels were numerous, and their booking process was extremely efficient. I looked forward to a restful night of sleep and traveling in the future with HotelTonight.

How many hotels are in Brno?

There are 23 hotels in Brno available from Hotel Tonight.

What are most popular hotels in Brno?

Among our most booked hotels in Brno are:
Barcelo Brno Palace
Hotel Vista
Hotel Vista Dupe

What are the best hotels in Brno?

How much is a hotel room in Brno?

In the last 30 days, HotelTonight prices in Brno have been as low as $45.1, though the average room costs closer to $45.1 per night.

What is the cheapest time to go to Brno?

Our hotels prices have varied throughout the year from $45.1 to $100.74 On average, we've seen the cheapest room prices in September

Which hotels in Brno have a pool?

There are 3 hotels with pools in Brno. Some of them are:
Best Western Premier Hotel International
Maximus Resort
Orea Resort Santon