Find a Hotel Tonight in
Montreal 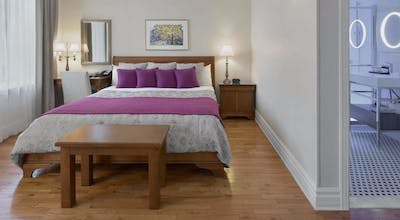 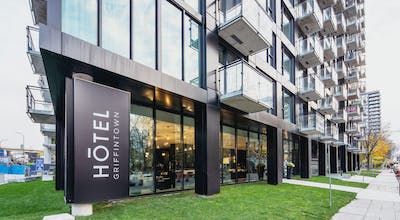 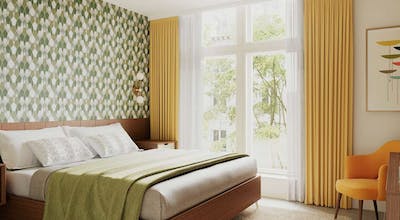 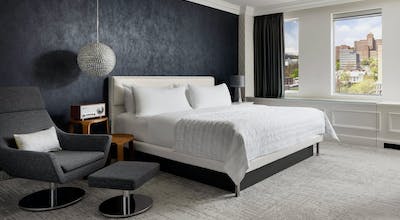 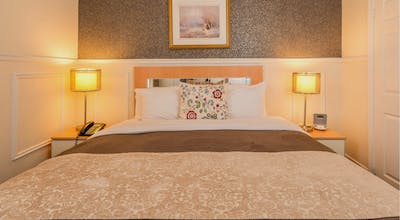 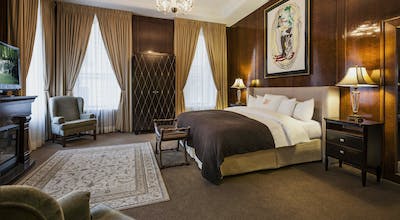 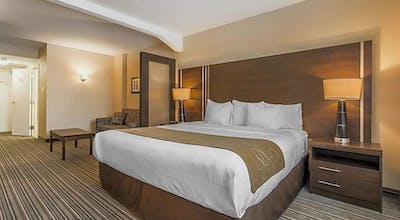 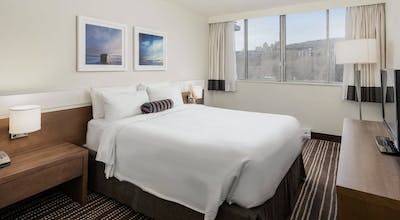 What Guests are Saying About Montreal 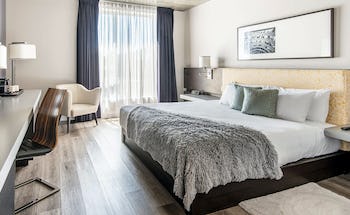 10 Sherbrooke Street W, Montreal
93%
liked it
&nbsp; (
1,279 Ratings
)
Hotel was clean and trendy, only thing to note is that there is a club linked to the hotel so some times there are MASSES of people outside blocking the door and you can hear the music and bass if you... Show More
Catherine D. 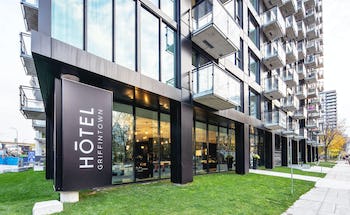 1222 rue des Bassins, Montreal
100%
liked it
&nbsp; (
15 Ratings
)
Really clean and loved how it has everything you would need to do laundry, cook a meal, etc
Alexis P. 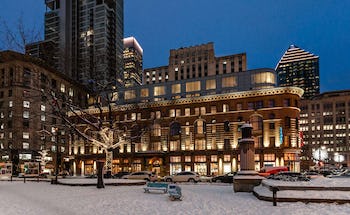 HotelTonight – Montreal Hotels in a Flash

Even the name carries with it a certain je ne sais quoi: Montreal. I had only been there one time, but felt like I was in a totally unique place relative to the rest of North America. Unfortunately, I had no time to check the city out because I was working basically from the time I got off the plane until the moment I left. It looked beforehand like this would be another one of those trips where you're so close to seeing something incredibly interesting but so far away as soon as your work is done to the point that it's almost like you were never even there. That's why I got so excited when I found out that the final day of our meetings was canceled. I had one day to explore Montreal. I already had a rental car and a flight home the next day. All I needed now was a Montreal hotel room.

Of course, finding a hotel room in Montreal – or anywhere else – at the last minute is much easier said than done. I grabbed my phone and started searching for apps that offered Montreal hotel room rentals with almost no lead time. I found HotelTonight, which was an app I had not heard of but decided to use. I was sure glad I made that decision. Within a couple of clicks I had several choices for Montreal hotels. When I went to book a room at the hotel I chose, that was also finished in a matter of a couple of clicks. It was quite simple, and all of a sudden I had a whole day to explore this wondrous city.

One of the reasons I find Montreal unique is because it seems to seamlessly blend the old world and the new world. Downtown is a great example of that, as you'll see gigantic, modern skyscrapers on one block and then what look like historic buildings on the next that perhaps belong in Europe. Of course, Sainte-Catherine Street is famous for several reasons, but I wanted to just walk around and see what else there was to see. In short, there was a lot going on here, but there I also got the feeling that there would be a lot more to see.

Nearby sits one of the most historic neighborhoods in a historic city, Golden Square Mile. It's at the foot of Mount Royal, and it was originally developed during the mid-19th Century. Unfortunately, the neighborhood fell on very hard times during the Great Depression and many of the original buildings were destroyed. In recent years, there has been a lot of redevelopment here along with some remaining demolition of old mansions. The area is definitely on the upswing, and there are a lot of modern developments that are worth seeing along with the remaining history.

Some people believe that a Chinatown in one city is the same as a Chinatown anywhere else, but I've never believed that. Just about every Chinatown in every city offers an obvious infusion of Asian culture and cuisine, but I think it's also mixed with the culture that exists around these areas. That feels like it's the case in Montreal, as there are a lot of Asian shops and businesses, but they still have the look of classic Montreal architecture. I was also quite happy to have a nice big lunch after all of the walking I had done that day. I had – what else? – Chinese food, and it was fantastic. I was thrilled to have found such a place and ready to get on with my day.

Old Montreal is exactly as it sounds – very old and historic. It dates back to the mid-17th Century, when the city was first settled. Some of the buildings in this stunning neighborhood go back nearly as far, but there are a lot of other options in this neighborhood for entertainment. There is a fantastic art gallery, which I enjoyed thoroughly, and a lot of locally owned shops that were perfect for the gifts I needed to buy for the people in my life. I filled a few bags, walked around and appreciated the architecture and then moved on to my final stop of the day.

This Little Italy in Montreal is anything but little in spirit and style. There were people walking around everywhere, enjoying the nice weather and browsing all of the local shops. There were fruit stands and several other unique sights here. There were also, thankfully, quite a few restaurants within easy walking distance. I asked around for a recommendation, and I followed it. I was really excited for Italian food and I was not disappointed. It was a feast, and it was a fabulous meal. I ate more than I should have, but I couldn't help it – it was splendorous.

I was so full I could hardly move, but it was time to call it a day. As I climbed into my extremely comfortable bed, I thought about how this day somehow came together. This morning, I was headed to another day of work and then home early tomorrow morning. Instead, I wound up seeing a lot of Montreal and obtaining an understanding of what life is like here. I also found a new app, as HotelTonight got me into a Montreal hotel room in a snap. What a day. This is what adventures are all about.

How many hotels are in Montreal?

There are 48 hotels in Montreal available from Hotel Tonight.

What are most popular hotels in Montreal?

What are the best hotels in Montreal?

How much is a hotel room in Montreal?

What is the cheapest time to go to Montreal?

Our hotels prices have varied throughout the year from $71.05 to $144.68 On average, we've seen the cheapest room prices in April

Which hotels in Montreal have a pool?

There are 7 hotels with pools in Montreal. Some of them are:
Le St-Martin Hôtel Particulier
Hotel Le Crystal
&nbsp;•&nbsp;93% of HT bookers liked it
Le Nouvel Hotel