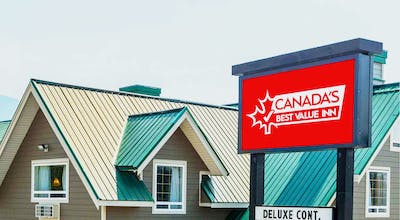 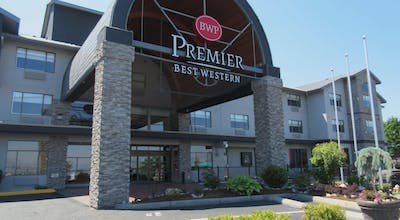 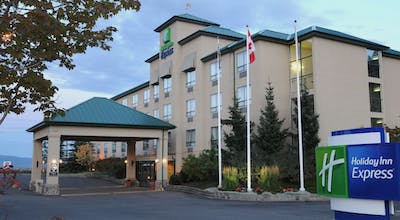 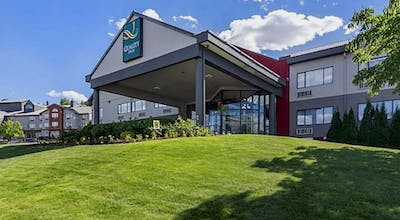 Most Americans think of Canada as a relatively small country, and that's because the population is actually smaller than that of California's. However, in terms of land mass, Canada is huge and British Columbia itself, where I travel often, is enormous. It's much bigger than California in terms of geographic size, and it's about as big as the entire southeastern portion of the United States. That's why, after all these years of traveling through the province for work, I still have a lot of BC to experience. On my last trip there, I wanted to spend some time exploring, but I didn't get that chance until some cancellations blew a hole right in the middle of my week. At that point, I could either proceed to my next destination and wait for 24 hours or do something for me. I decided on the latter, and I decided to go and explore a place called Sun Peaks. It was a bit out of the way, but I wasn't concerned about lodging. I travel with HotelTonight, and this powerful travel app would help me find a Sun Peaks, BC hotel room as soon as I was ready to rest.

A Ski Resort in the Summer

Sun Peaks is a ski resort, first and foremost, but since I'm not much of a ski enthusiast I was quite happy to be there in the summer. That also made driving there that much easier. The first thing I noticed when I pulled into the resort – where fewer than 500 people live full-time – was that it almost took me back to some of the places in the Alps that I had visited. There were bright red and purple flowers on the mountainsides and lovely Alpine buildings that served as home bases for both residents and visitors.

One of the most popular activities at ski resorts in the summer is hiking, and fortunately I am an avid hiker. I even had my shoes and gear with me. I set out on a trail that originated right there in the resort area, and before I knew it I was thousands of feet up in elevation, looking at majestic mountain peaks, green valleys and a skyline that seemed to never end. I spent hours stopping and taking photos, but I don't think it's possible to truly capture the essence of what it's like up there.

For whatever reason, I was in the mood for pizza that day. A lady told me a bout a local place that was always extremely busy during ski season. I walked in and thought I had walked into some traditional pizzeria in a big city. There were different pies described on a chalkboard and the pepperoni I ordered was delicious. The crust was thin and crispy and the toppings were well-cooked in what had to have been a wooden pizza oven. It was a just what the doctor ordered.

I was full and thrilled that I had taken the time to see this wonderful place. I opened my HotelTonight app and booked a Sun Peaks, BC hotel room in seconds. I think I was asleep before my head hit the pillow, but it was the sleep of someone who had just made the most of an opportunity.

How many hotels are in Sun Peaks?

There are 7 hotels in Sun Peaks available from Hotel Tonight.

What are most popular hotels in Sun Peaks?

Among our most booked hotels in Sun Peaks are:
The Residences at Sun Peaks Grand
Coast Sundance Lodge
Nancy Greene's Cahilty Hotel & Suites

What are the best hotels in Sun Peaks?

What is the cheapest time to go to Sun Peaks?

Our hotels prices have varied throughout the year from $113.4 to $128.15 On average, we've seen the cheapest room prices in July

Which hotels in Sun Peaks have a pool?