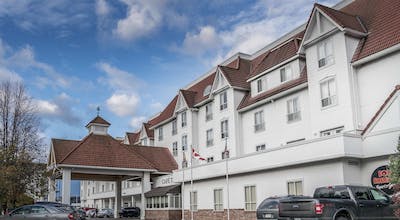 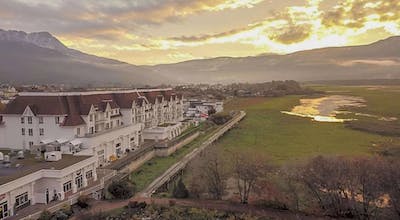 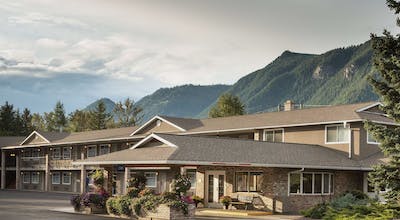 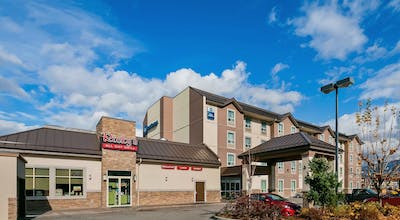 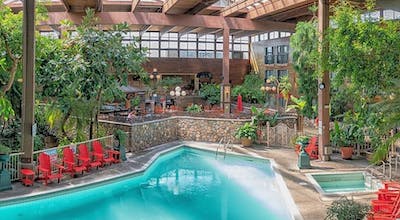 Traveling through British Columbia, Canada is almost like traveling through its own country. The landscape is unique to almost anything around it, the land mass of the province itself is, well, massive, and the communities that exist here are all unique. I travel a lot for work and have found myself in quite a few different smaller places for the night when traveling through British Columbia because there are certain points on the map where getting to the next city is just too far to push on that night. That happened to me recently when I stopped late one night in a place called Salmon Arm. Before I could leave early the next morning, I got a call that my meetings down the road that day had been canceled. As such, I suddenly had 24 hours to spend as I wished. I wanted to take that day to explore this place with such an interesting name. I wasn't worried about finding a new place to stay that night, either, as I travel with my HotelTonight app. It would find me a Salmon Arm hotel room as soon as I was ready to rest.

The first thing you notice and hear about from locals when you're out and about in the morning in Salmon Arm is the lake, known as Shuswap Lake. This is a surprisingly large body of water, creating more than 250 miles of shoreline. It's also set between quite a few majestic mountains, so the entire scene is like something out of a postcard. I saw countless people out kayaking, boating and generally enjoying the water, including many who were enjoying the parks that sit along the shoreline. This is a town that's built in large part around this lake.

I ventured into this quaint community only to head right back to the outskirts, as a lady at a coffee shop told me about some incredible hiking trails. I found one near the lake and started circling it. It wasn't long before I realized that I had taken nearly 100 photos within the first 30 minutes of hiking. The trees here are enormous, the plant life is greener than I ever imagined, and the rock formations create a scene that's almost surreal. I spent another couple of hours hiking around, appreciating where I was and what I was doing.

After all that exercise, I was ready to eat and eat big. I went back into town and asked around, only to be told that there was a great local brewpub that offered hearty meals. I went in and found a place that looked like a tasteful ski lodge. I ordered a local lager, which was excellent, and a big hamburger that came with local produce as toppings that could have been its own salad. I sat and ate and talked to a few people who were there. It was a delightful dinner.

After a very active day and a full dinner, I was ready to crash. I opened my HotelTonight app and booked a Salmon Arm hotel room in a few swipes. It was just down the road, so as I made my way there I thanked myself for taking advantage of the opportunity to see such a place.

How many hotels are in Salmon Arm?

There are 6 hotels in Salmon Arm available from Hotel Tonight.

What are most popular hotels in Salmon Arm?

What are the best hotels in Salmon Arm?

How much is a hotel room in Salmon Arm?

In the last 30 days, HotelTonight prices in Salmon Arm have been as low as $65, though the average room costs closer to $65 per night.

What is the cheapest time to go to Salmon Arm?

Our hotels prices have varied throughout the year from $47.72 to $145.19 On average, we've seen the cheapest room prices in February

Which hotels in Salmon Arm have a pool?

There are 5 hotels with pools in Salmon Arm. Some of them are:
Hilltop Inn
Prestige Harbourfront Resort Salmon Arm
Comfort Inn & Suites