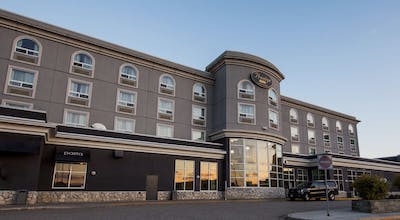 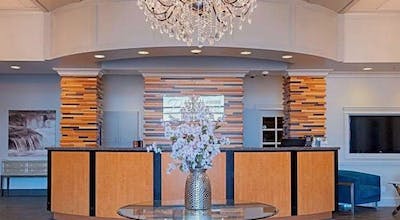 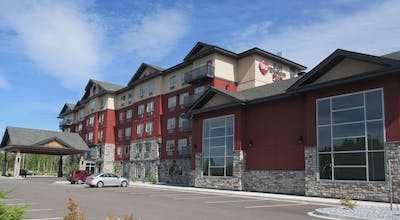 Before I ever traveled to British Columbia, I always thought it was a Canadian province that consisted basically of a gigantic city in Vancouver and then a lot of wilderness. While that's not necessarily wrong, it didn't take long after I started traveling there for work to realize that I was painting this gorgeous part of the world with a brush that was way too wide. Driving through the province taught me that there were all sorts of different nooks and crannies that would be fun to explore. Unfortunately, I never really had time for it as my schedule while there was always quite tight. I wound up with a random opportunity to do some exploring on my last trip there, and I can proudly say I made the most of it. My last day of meetings was canceled, so I decided to embark on a journey to a place called Prince George. I hadn't seen this part of BC, so I was excited. I always travel with HotelTonight, my favorite app, so I didn't even worry about finding a Prince George, BC hotel room. HotelTonight would take care of that as soon as I was ready.

Prince George is situated near several different mountains and there are more rivers, streams and lakes nearby than I could even count. Fortunately for me, there were also a lot of different hiking trails that gave me a chance to see all of this landscape in an up-close manner. I hiked around for hours, stopping at streams that were so clean you could see every fish and plant doing what they do, undisturbed. I took dozens of photos, but I'm not sure you can completely capture what it's like to soak in the nature of this pristine part of the world.

As I made my way back to the city to finish my day, I found myself somewhat surprised that it was so large. It's hardly enormous, as there are about 73,000 people who live here, but it does seem to have the vibe of a real hub for the area. One way to recognize this is by way of the cultural influences that are clear here. I saw a lot of different art studios and showrooms and more than one theater, and I was told that there are live performances around town all year long.

There were several options for a fancy dinner available, but I wanted something a little less formal. A lady told me about a brew pub that had earned a loyal following, so I went there that night. I ordered a local pilsner beer that was delicious, and they serve a salmon burger that's fantastic. It's topped with a lot of local produce that could be a meal by itself. I sat and enjoyed a beer or two while talking with some local residents, all of whom love living where they do.

After dinner, I was ready to get some sleep. I opened the HotelTonight app on my phone and booked a Prince George, BC hotel room in seconds. I couldn't wait to get some sleep, and I was already thinking about how and when I could get back to that part of the world.