Find a Hotel Tonight in
Golden 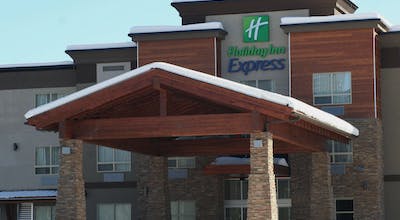 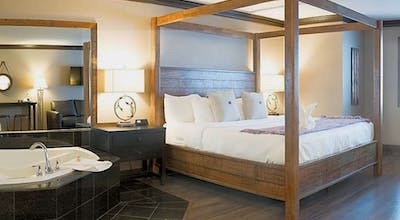 HotelTonight – Golden, BC Hotels Near

I've always enjoyed traveling around the western portions of Canada for work. It's allowed me, as an American, to get a feel for a country that is somewhat different than where I live but still in many ways similar. It's the little differences that I enjoy. One other aspect of this part of the world that I look forward to every time I'm there is the incredibly diverse landscape. I often drive between Calgary and Vancouver, which means I get to see a lot of British Columbia. Unfortunately, there is little work in-between those cities so for the most part I've only been able to take a look at southeastern British Columbia through a car window. That all changed recently when I got a call while driving up there. It turned out that my meetings the next day were canceled, thereby granting me 24 hours to explore somewhere new. I was near a place called Golden, British Columbia, and I've always thought it was stunningly beautiful. Now I got the chance to find out what it's really like there. Since I have HotelTonight, I'd stop there for the day and book my Golden, BC hotel room when I was ready to crash.

I'm an avid hiker, and fortunately I had my shoes and other gear with me on that trip. The first thing I wanted to do was get an up-close look at the topography. I asked someone in town where to start, and they pointed me to one of the dozens of nearby trails. This one ran along the Columbia River and between several mountain ranges, and I nearly filled my phone with the dozens of shots I attempted. It was thrilling, but unfortunately there was no way to accurately capture the extreme beauty of what I was seeing.

I stopped for coffee after my hike and talked to a local man who told me that the city of fewer than 4,000 residents would not exist but for the Canadian Pacific Railway. The rail yard has been in place for more than 100 years, and it led to permanent settling there. It's still there to this day, and it's also still growing. The railway recently announced that it was going to add more people to the station to fill a variety of roles, and the existence of such a classic form of commerce blends well with the frontier spirit of the entire town.

I was surprised at the number of dining options in such a small city. After a day of exercise, I felt like a nice craft beer and a cheeseburger. I went to a place a lady recommended, and it soon became clear that the craft beer boom had reached even this corner of the world. I ordered a local brew and had a gigantic, juicy cheeseburger to go with it. Both were delicious, and I enjoyed the friendly conversations I had with other patrons there. This is a friendly and happy place.

It had been a memorable and exciting day. I was ready to sleep. I opened my HotelTonight app and booked a Golden, BC hotel near me room in seconds. I was only minutes away from a deep, satisfied sleep while dreaming of returning here in the future.