Find a Hotel Tonight in
Fernie 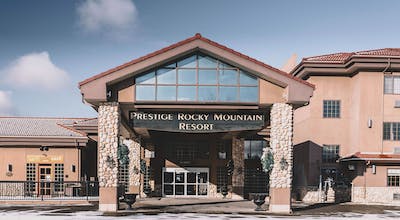 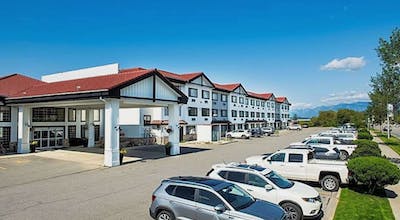 British Columbia, Canada is so vast that you'll find more than one climate and type of topography in this single province. I've been driving through BC for more than a decade now for work, and every time I go somewhere new I get excited. That's because I know I'm going to see something unique and interesting, and that it's going to be an experience that I'll remember. I really get excited when I'm able to carve out any sort of free time, but unfortunately that's not easy to do. Recently, however, I was on my way to a day of meetings in eastern British Columbia when I found out that a flu bug had hit the area and that the meetings were canceled. I had an entire day to myself, and I intended to use it. I wanted to see a new place, one where work didn't take me. I chose to go explore Fernie. It was in the mountains, and I love mountain towns. I was also traveling with HotelTonight, so I wasn't concerned about finding a place to stay. I'd book a Fernie hotel room near me as soon as I needed one.

The first place I stopped when I got to Fernie was a coffee shop to catch my breath and get my bearings. I wanted to at least loosely plot my course for the day. I got to talking with some locals who were also there, and they shared their stories. Every single one of them – and there were three of them – said that they came to Fergie during ski season, fell in love with the place and decided to live there permanently. That was mostly due to the town and the people who live there. That told me all I needed to know.

Obviously, Fernie is mountainous, but simply stating that it's mountainous doesn't do it justice. The Rocky Mountains are as beautiful as anything you'll ever see anywhere, and the way in which the town of around 5,000 people is nestled in them looks like something out of a portrait. Not only are there rocky mountains as far as they eye can see, but I also encountered streams, groves of enormous pine trees and wildlife all happily existing in harmony with the friendly and upbeat people of the community. This really was quite a place.

After an active day of walking around and looking at the gorgeous town, I had worked up an appetite. I asked some people about good places to go for dinner, and more than once I heard about a pizza place in town that I needed to try. I took them up on in and headed over there. The food was outstanding. The crust was baked perfectly, as it was crunchy on the outside but had a bit of soft warm bread inside. The toppings were plentiful and the cheese was everywhere. I ate more than I should have, but it was impossible to resist.

HotelTonight – Fernie Hotels Near Me

After that meal, I was ready for some rest. I opened my HotelTonight app and immediately booked a Fernie hotel room nearby. I couldn't wait to get some sleep, understanding now how this place draws so many people to spend their lives there.

How many hotels are in Fernie?

There are 7 hotels in Fernie available from Hotel Tonight.

What are most popular hotels in Fernie?

What are the best hotels in Fernie?

What is the cheapest time to go to Fernie?

Our hotels prices have varied throughout the year from $80.44 to $194.02 On average, we've seen the cheapest room prices in January

Which hotels in Fernie have a pool?

There are 6 hotels with pools in Fernie. Some of them are:
Best Western Plus Fernie Mountain Lodge
Best Western Cranbrook Hotel
Park Place Lodge