Find a Hotel Tonight in
Salzburg 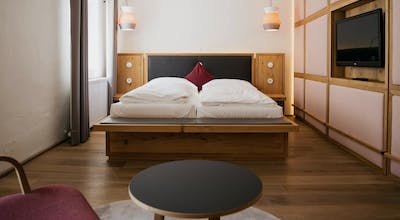 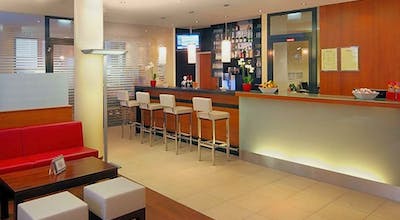 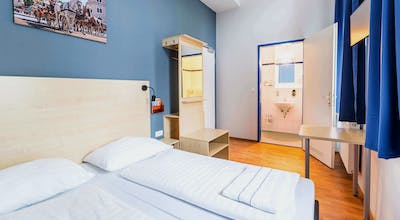 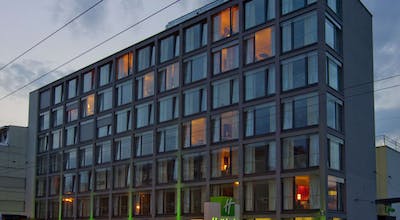 You know that a place that boasts of Mozart as its favorite son is a city that is filled with culture and creativity. Salzburg, Austria is a city that is filled with history, tradition and fun facts. Some think that it got its name because it sits on the banks of the Salzach River, but in fact Salzburg means "salt castle" in English. There was a lot of salt mining done in the past here, and that's what led to the name. I knew these things, but did not know what the city was like because I had never seen it. One day, I stumbled upon an opportunity to spend 24 hours there, but I had to be on a plane within the hour early one morning. That meant that I had about 5 minutes to find a Salzburg hotel room. I wasn't sure I could get this done, but I knew I would spend those few minutes trying to secure lodging.

I pulled out my phone and searched for apps that specialize in finding last-minute hotel rooms. I found HotelTonight, which I hadn't used but decided to try it. I was glad I did. I searched for Salzburg hotels and saw that there were several choices available. I chose a hotel that looked right for me, and not only was it a nice hotel but the rate was reasonable. What really got me excited, though, was that within a couple of swipes and taps, I had my room booked and confirmed. As it turns out, I didn't need anywhere near 5 minutes to complete this task. I was on my way to Salzburg. All I needed to do now was figure out which neighborhoods I wanted to see while I was there.

I started my day in Salzburg not in a neighborhood, but rather in the heart of Salzburg. Residenzplatz translates to "Residence Square" in English, and some refer to it as such. Residence Fountain is here, and it is known as one of the most significant baroque fountains in that part of Europe. It was a marvel to look at and appreciate. The square in general is a gathering place for people who are coming to outdoor musical performances, festivals and the like. It was neat to see that a place so historic still carries importance in modern times.

Altstadt translates to "Old Town" in English, and it sits directly on the bank of the Salzach River. This really is an old part of town, across the river from the more modern parts of the city. The streets are extremely narrow and the architecture is eye-catching to say the least. I walked around here and saw the birthplace of Mozart and several other attractions. I also found a café that served what turned out to be delicious coffee and sweets. I sat and enjoyed my mid-morning treat and watched people come and go, appreciating the scene that I was viewing.

Nonnberg is so breathtakingly scenic as it rises above the city by approximately 1,500 feet that some of the scenes in The Sound of Music were filmed here. I walked around up there and gazed upon the gorgeous city, and then took a closer look at Hohensalzburg Fortress. From there, I really wanted to find some lunch, as it was that time of day and I was starving. I found a place that served local fare, and I had the Austrian version of goulash. It was a bit different than goulash I had tasted in other parts of the world, but it was filling, tasty and satisfying. I was ready to roll into the afternoon.

I remained up in the mountains for my first stop in the afternoon. Monchsburg is the same mountain on which the fortress sits, but it goes a couple of hundred feet higher, to an elevation of more than 1,700 feet. I thought this was a great way to walk off that scrumptious lunch, but I also found some little shops there that were exactly what I needed in that I wanted to find some gifts for my family and friends. I filled a couple of bags quickly and started looking forward to dinner, which would coincide with my final stop of the day.

I crossed the river for my last stop but once again traversed to the top of a local mountain. I was more than 2,000 feet above sea level. This is also a gorgeous area, surrounded by woods and beautiful buildings. I was mesmerized but also hungry for dinner. I was told about a local café that served char right from a local lake. I found it and had the char, and it as incredibly tasty and fresh. I ate hungrily and made conversation with some other patrons. Overall, it was a delightful dinner.

As I made my way back to my hotel, I thought about all that I had gotten to see and do since I found out earlier that day that I'd be visiting here. I now had a firsthand perspective on a gorgeous city, and I couldn't believe all that had happened between getting up and, now heading to bed. I also realized that without HotelTonight, I may never have found a Salzburg hotel room and therefore would not have been able to come. I would definitely travel with HotelTonight on my future adventures.

How many hotels are in Salzburg?

There are 133 hotels in Salzburg available from Hotel Tonight.

What are most popular hotels in Salzburg?

Among our most booked hotels in Salzburg are:
Arthotel Blaue Gans
Wolfgang's managed by a&o
Hotel Stein

What are the best hotels in Salzburg?

How much is a hotel room in Salzburg?

What is the cheapest time to go to Salzburg?

Our hotels prices have varied throughout the year from $79.72 to $194.7 On average, we've seen the cheapest room prices in March

Which hotels in Salzburg have a pool?

There are 13 hotels with pools in Salzburg. Some of them are:
Wolf-Dietrich Altstadthotel & Residenz
Schloss Mönchstein Hotel
Wyndham Grand Salzburg Conference Centre