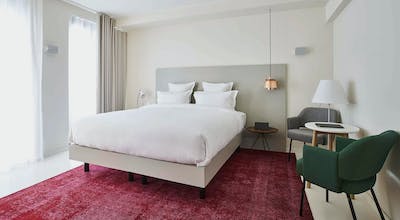 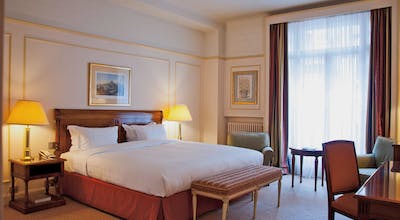 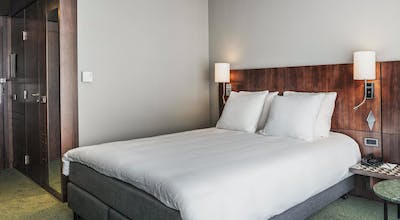 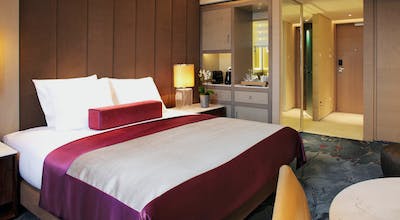 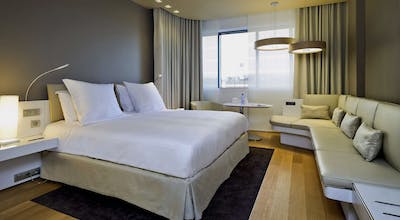 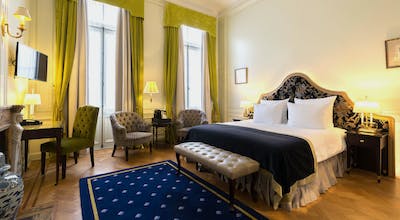 Tonight’s Hotels Under 244 $US 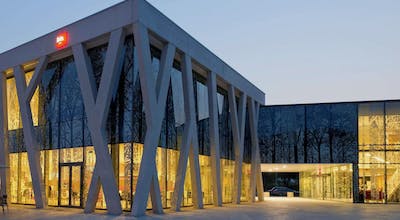 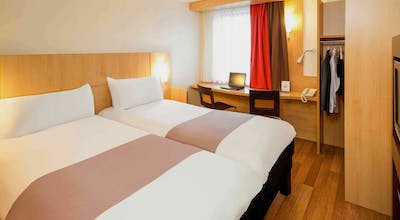 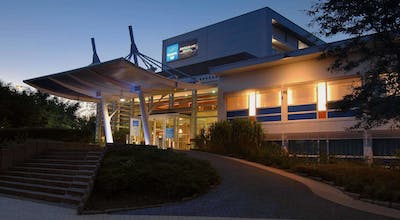 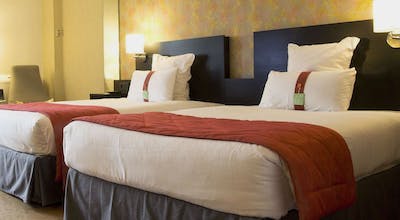 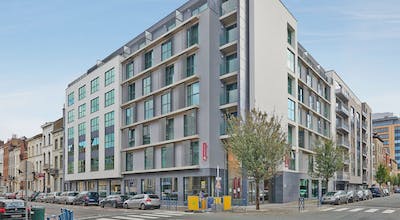 What Guests are Saying About Brussels 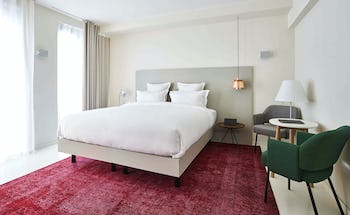 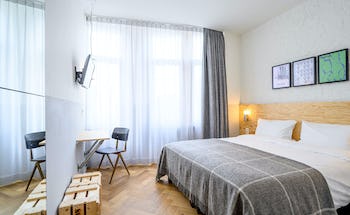 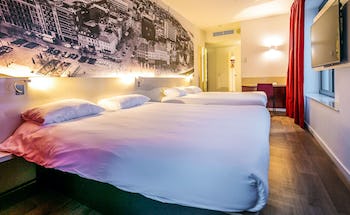 Avenue Fonsny 10, Brussels
85%
liked it
&nbsp; (
46 évaluations
)
Very good value for the money and the location next to the train station was very convenient as I had an early train the day I checked out. The room was small, but perfectly spotless (it seemed brand... Show More
Karl H.

You know that a city is important relative to the rest of the world if it is the capital of its country and a continental alliance. You know that it is important if NATO is headquartered there. Brussels, Belgium is not only a prominent city, but it's filled with so much history one could write about it for days and not even come close to covering all of it. That's why I so badly wanted to see Brussels for most of my life, but for some reason had never had the opportunity to do so. One day not too long ago, I did encounter an opportunity to spend 24 hours in Brussels, but in a weird twist I could only ride along with the group that invited me if I managed to find a Brussels hotel room within a few minutes. I got right down to business in hopes of finding my way there.

I opened the apps portion of my phone and searched for one that helped people find last-minute hotel rooms. I found one called HotelTonight and searched for Brussels hotels. I was quite impressed with what I saw in terms of the number of results. I was even more impressed with the fact that the Brussels hotels I was looking at were very nice properties. Finally, I was excited to see that these hotels were being offered at reasonable rates. I started the booking process, and before I knew it I was finished. I could not believe what had happened – within a few minutes I was invited to Brussels, if I could find a hotel room immediately, I found one and was now on my way. I got to work on my next task, which was figuring out where in Brussels I wanted to go.

If you want to see what it was like to live in Europe 100 – 150 years ago, spend some time in The Lower Town in Brussels. This part of town is near the Grand Palace, and it's full of very narrow streets made of cobblestone. If you look up, you see old balconies and even older buildings, yet they are all quite beautiful in their unique way. It seems that every time you come around a corner or curve, you run into some breathtakingly beautiful church that's also at least 100 years old if not much older. I spent a lot of time taking photos here before moving on to my next stop.

The Upper Town, named at least partially because it begins on an upward slope and literally looks down on The Lower Town, is also a step into the past. Throughout history, the upper class lived here while the working-class people lived in The Lower Town. You can still see the difference between these two neighborhoods today, as the buildings in The Upper Town are still quite aristocratic in their look. There is a lot of room here to move around, and there are also cafes nearby which were important to me in that moment because I was a bit tired and was ready for a coffee. I chose a cafe, people-watched while I drank my coffee and got back into my day.

Avenue Louise is not so much a neighborhood as it is a thoroughfare that cuts right through town. This is a luxurious place to be sure. There are gorgeous buildings lined up along the street, and there are stores everywhere with high-end international brands in their windows. What I wanted in that moment was a nice restaurant, as it was the middle of the day and I was starving. I found an Indian place, of all things, and I ordered my lunch not really knowing what to expect. What I got was a fantastic lunch that tasted completely authentic.

As I mentioned earlier, Brussels is home to quite a few things, including NATO and the European Union, or the EU. The European Quarter is the part of town where the EU sits, and as soon as you step into this area you are moving from older, historic buildings into an ultramodern scene. Thankfully for me, there were also some interesting shops nearby, as I needed to get some gifts for my family, friends and coworkers. I filled a few bags and then started wondering about where I was going to go for dinner.

I ended my day in the Leopold Quarter, named after the former king. This is more of a 'traditional' Brussels neighborhood, and there were quite a few historic buildings, squares and other sights in the area. I asked around for recommendations for a local restaurant, and I was directed to a pub that served traditional Belgian food. I walked in and ordered a pint and the moules-frites, or mussels. They were tremendous. I enjoyed my meal and the conversation with other patrons.

As I made my way back to my hotel, I thought about how I had managed to put this wonderful day together in a matter of a few minutes. I had visited a wonderful city and got to experience something special. I also got to get to know a new app that helped me find a Brussels hotel room in a few clicks. I reminded myself to travel with HotelTonight whenever I hit the road in the future.

How many hotels are in Brussels?

There are 48 hotels in Brussels available from Hotel Tonight.

What are most popular hotels in Brussels?

What are the best hotels in Brussels?

How much is a hotel room in Brussels?

In the last 30 days, HotelTonight prices in Brussels have been as low as $54.4, though the average room costs closer to $131.17 per night.

What is the cheapest time to go to Brussels?

Our hotels prices have varied throughout the year from $83.52 to $144.92 On average, we've seen the cheapest room prices in January

Which hotels in Brussels have a pool?

There are 3 hotels with pools in Brussels. Some of them are:
9Hotel Sablon
&nbsp;•&nbsp;100% of HT bookers liked it
Novotel Brussels City Centre
Auberge Du Moulin Hideux