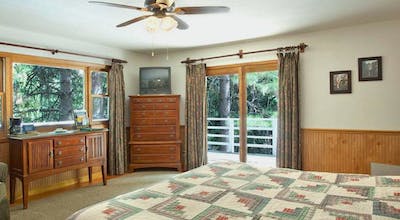 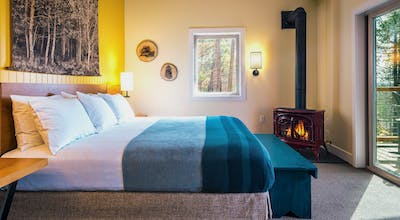 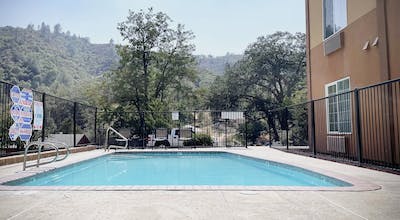 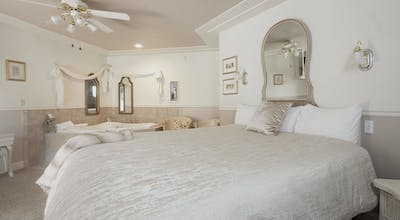 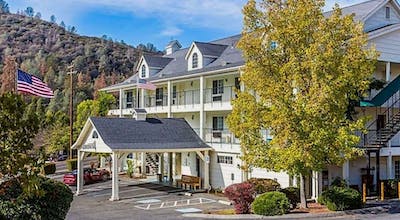 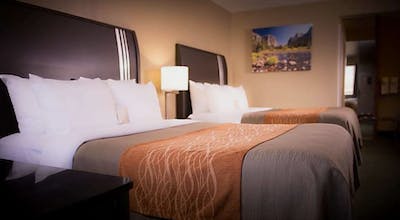 Tonight’s Hotels Under 112 US$ 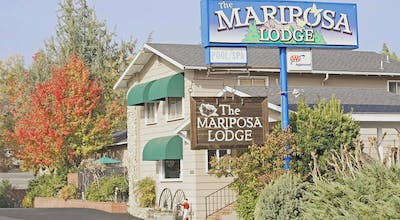 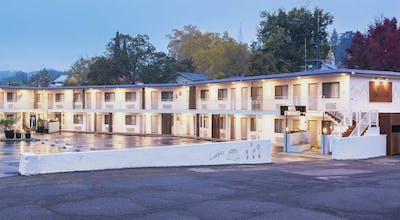 What Guests are Saying About Yosemite 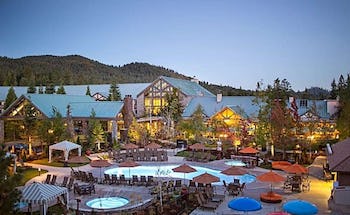 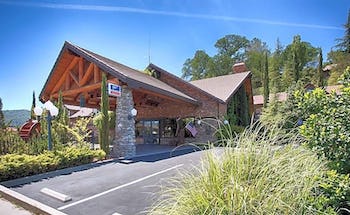 40530 Highway 41, Oakhurst
90%
liked it
(
153 valoraciones
)
Super bang for your buck! The warmest hospitality, restaurant and bar on site with delicious food and drinks not to mention complimentary breakfast! And less than 30 mins to get to entrance of Yosemit... Show More
Monica M.

Yosemite National Park is a place that everyone should visit at some point in his or her lifetime. The park itself is stunning and a testament to the fact that wildlife can exist and thrive in the modern world in certain settings as though it's never been touched. We spent several days just traipsing around the park, and every day offered something completely different. It's a wonder, and I was very glad that I made the effort to join my friends here for a long weekend. I was sorry to see our time together come to an end, and only one of the reasons was because I had such a good time here. The other was because I hadn't saved myself any time for looking around the area itself to find out more about how the people here lived. That's one of the main things I enjoy when I travel.

I decided to go ahead and see if I could extend my stay for a day, even if I was going to be here by myself. One day would perhaps be enough to get an idea of what life is like here, and if I had that knowledge then my trip would be complete. Extending my rental car agreement was no problem, and neither was pushing my flight back for a day. I needed a Yosemite hotel room. I logged onto HotelTonight. Their choices for Yosemite hotels were impressive, and much to my surprise, their booking process was a snap. I made my choice, booked my room and I was all set. Now all I had to do was figure out where to go on my bonus Yosemite day.

For people who have never been here, Yosemite itself is not a big city. Its population is barely over 1,000 people. In fact, it's not much more than a main street with a lot of shops and other businesses lining it. That's okay – a lot of people worked here to accommodate all the visitors, and starting in the downtown area of a city is always a good idea. It gives you a vibe of what a community is all about and you're more likely to run into people who can steer you in the proper direction than if you're on the outskirts of a town somewhere. Downtown Yosemite was not only scenic, but friendly.

Why does it seem that where there are mountains there are also pristine bodies of water? That's what Bass Lake is, and it's not far from Yosemite. This is a lake that seems to have been poured into a previously dry valley from the sky, as it's that clean and clear. It's also where a lot of high-end homes sit, as there are quite a few people in California who want to get away from it all. This is the perfect place to do it. If you have a home here and a boat, you could get lost for weeks at a time and never even care what day it is. That's what it seemed like with the people I encountered in the area.

Do you want to live in a really small town, or at least near such a place? Wawona is one of those places, as its population is under 200 people. Once again, though, this little place is no stranger to visitors, and there are things in place that are there for people like us to take advantage of when the need arises. For instance, I had been doing a lot of walking already that day, and I needed some lunch. There was a nice little café not far from where I was, so I headed over there and had an enormous and delicious sandwich. I needed that, but I wanted more of it. That's how good it was.

Until recently, this even smaller town was known as Curry Village. It made Wawona look like New York. Regardless, its charm was unmistakable. It was as if this little place had been built into the mountains. Unfortunately, a disastrous rock fall several years ago did a lot of damage to the area, but you could see that it was on its way back. People were still working relentlessly to get everything rebuilt and ready for more visitors.

It had been an interesting day. In a place where there was seemingly nothing in terms of living spaces and people, there was actually quite a bit. As I headed back to town for dinner, I realized that I had had a very good time just learning more about this area. As I plowed through my delicious dinner, I remembered that my Yosemite hotel room was waiting for me, comfortable bed and all. I could not have done this without the services provided by HotelTonight, and I looked forward to working with them again when I traveled.

How many hotels are in Yosemite?

There are 22 hotels in Yosemite available from Hotel Tonight.

What are most popular hotels in Yosemite?

What are the best hotels in Yosemite?

How much is a hotel room in Yosemite?

What is the cheapest time to go to Yosemite?

Our hotels prices have varied throughout the year from $132.63 to $260.14 On average, we've seen the cheapest room prices in January

Which hotels in Yosemite have a pool?

There are 9 hotels with pools in Yosemite. Some of them are:
Mariposa Lodge
Mariposa Lodge
Best Western Plus Yosemite Gateway Inn
• 100% of HT bookers liked it