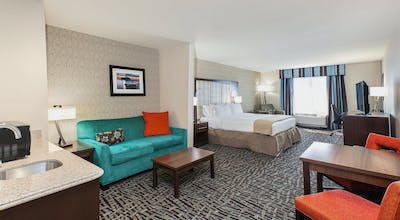 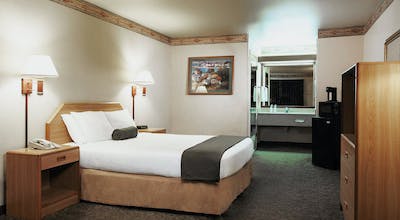 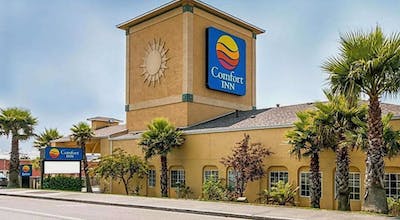 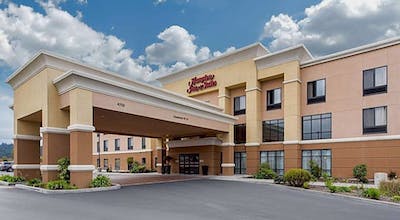 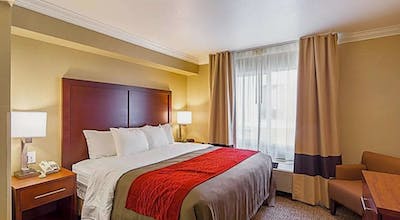 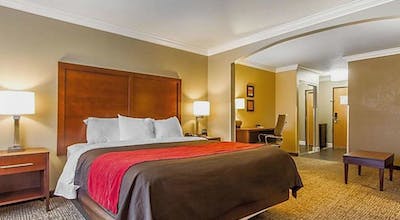 Tonight’s Hotels Under 155 US$ 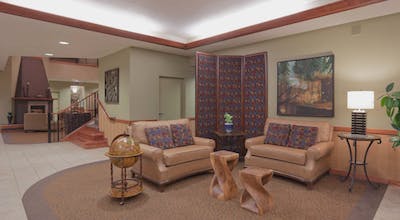 What Guests are Saying About Eureka 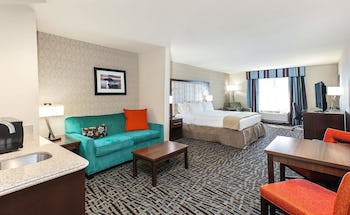 815 West Wabash Ave, Eureka
93%
liked it
(
258 valoraciones
)
Looks like it’s new, so everything looked nice. Location was safe and close to some convenience stores.
Mar V.

My job takes me up and down the West Coast of the United States. I have traveled everywhere in that part of the country from Seattle to San Diego and in-between. While Interstate 5 is the most efficient way to get to where I'm going, its scenery is not nearly as gorgeous as what you'll see driving along the Pacific Ocean. Therefore, even though it takes longer, I take that route in order to spice up my drives. It's really a lovely way to travel, and all you need to do is plan ahead a bit to make all the times work. On my last trip out there, I was driving from Seattle to San Francisco when I got a phone call alerting me to the fact that my meetings the following day were rescheduled. I happened to be near a city I had always wanted to explore in Eureka. I decided to stop there and spend the next 24 hours getting to know it. I wasn't worried about finding a place to stay, as I travel with my HotelTonight app. I'd book a Eureka hotel room as soon as I needed one that night.

The first thing that hit me as I pulled into Eureka was that it featured a lot of older buildings. After I got out of my car and started walking around for the day, I realized that this was not an accident. There is an Old Town district in Eureka, and it features homes and other buildings that are well over 100 years old. Most of the homes I saw were Victorian in nature, and some of the mansions were incredibly ornate even to this day. It was a nice piece of history that the city had preserved.

Given its location near the coast, I wanted to get out and see a bit of nature as long as I was in such a beautiful place. Sequoia Park was right there, so I put on some hiking shoes that I take with me everywhere and made my way into the forest. It was an incredible experience. There were redwoods as far as the eye could see, and some of them were so massive they almost didn't even look like trees. Many of them had to be over 1,000 years old. I took a lot of photos and hoped they would turn out.

I saw some locals out in the park, and when I asked them for a dinner recommendation they told me about a cafe that served great comfort food. I was in, so I made my way there. The high ceilings and red walls gave the wooden tables a degree of comfort, like you were eating in someone's kitchen. The fish and chips and clam chowder were fantastic, and it was quite a filling meal when you consider the IPA I had with it.

HotelTonight – Eureka Hotels Near You

It had been a full and fun day of walking and dining. I was ready to get some sleep before heading back out onto the road the next morning. I opened my HotelTonight app and booked a Eureka hotel room in a matter of a few swipes. As I walked over there, I congratulated myself on making the most of my opportunity to see a gorgeous community for the first time.

How many hotels are in Eureka?

There are 24 hotels in Eureka available from Hotel Tonight.

What are most popular hotels in Eureka?

What are the best hotels in Eureka?

How much is a hotel room in Eureka?

What is the cheapest time to go to Eureka?

Our hotels prices have varied throughout the year from $111.95 to $241.7 On average, we've seen the cheapest room prices in January

Which hotels in Eureka have a pool?