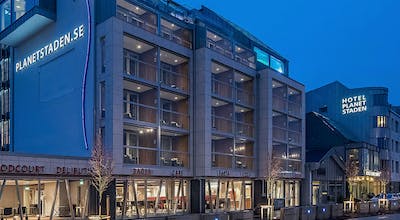 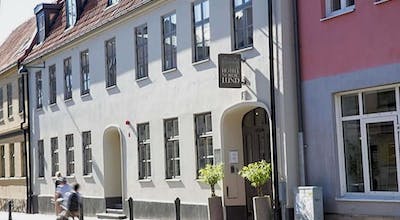 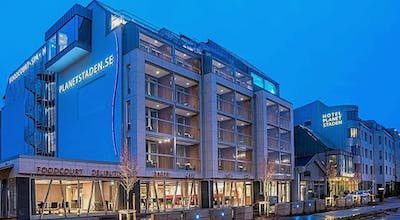 I enjoy traveling to cities that most people in the United States have never heard of, and Malmo, Sweden certainly qualifies as one of those cities. Its population is over 300,000 people, but Stockholm and Gothenburg are both larger and more well-known. That's just fine for the people of Malmo, however, as I found out recently when I wound up on a 24-hour stay there. The circumstances regarding how I got there were long and rather uninteresting, but one thing everyone should know is that securing my stay there was somewhat stressful for a few minutes because I had to find a Malmo hotel room immediately. I had no idea where to even start with that process, but in my experience booking an international hotel took time and patience, two things I did not have available when this situation arose. Thanks to an app I found, everything worked out perfectly.

That app was HotelTonight. I grabbed my phone and frantically started searching for hotel apps, and this is what I found and decided to try first. I searched for Malmo hotels and was pleasantly surprised at how many were available. Now I needed to see how the booking process went, and to my amazement it was about as easy as it gets. Within a matter of a few minutes, I had my Malmo hotel room booked and confirmed. Despite all that was going on, I was set for 24 hours of adventure and exploration in Malmo, a city that I could not wait to get to know at least a little bit.

Downtown Malmo is pretty much exactly what you would think of when you envision Sweden. There was a huge square in front of City Hall, and the building itself was beautiful. There were fountains all around and people milling about, going through their days. I happened to poke my head into a pharmacy, of all places, because I had a scratchy throat. I found a hidden treasure in that attached was a very old pharmacy that looked like it could've been dispensing medication hundreds of years ago. It was a real treat. I got some lozenges and kept moving into my day.

Vastra Hamnen, in the western part of town, has the distinction of being the first carbon neutral neighborhood in Europe. The history behind this transformation is interesting. Vastra Hamnen used to be an industrial area on the water. In 1979, the government took it over and decided to turn it into an urban center given its shoreline and potential. These days, you'll find homes, apartments and all the trappings of any city that includes shops, bars, restaurants and all sorts of other services. It was really something to walk around and think about how all of this used to be a big, dirty shipyard not long ago, and today it's a thriving community.

Mollevangan is a part of Malmo that makes you rethink some things. Many of us have this mental picture of what a Swedish man and woman look like, but this part of town was incredibly diverse and multicultural. It was great to see this Swedish melting pot teeming with life and activity. It was also nice to see all sorts of restaurants nearby, as it was about the middle of the day now and I was quite hungry. I asked some people for recommendations on restaurants, and I picked one that I heard about several times. As soon as I took my first bite, I understood why it was so prominently mentioned. The food was outstanding. I was full and satisfied and ready to get into the afternoon and evening.

Svagertorp is not really a residential area, but it has several points of interest. The railway station is here and I walked around watching people come and go, trying to walk off that delicious lunch. I also found the hallmark of Swedish retail nearby – the biggest IKEA store I had ever seen. As it turns out, it's over 140,000 square feet in size. I walked around and enjoyed myself here, but then decided to hit some local shops nearby because I wanted to get some gifts for the people in my life. I filled some bags and was ready to move on, feeling good about the surprises in store when I got home.

It was starting to get towards dinnertime, and I was quite hungry. I decided to head back into the center of town to see what was available for food. I found a place that served authentic, local Swedish fare, and I could not have been happier. As I ate, I thought about how this all somehow came together so quickly. A bit part of that was HotelTonight, as without that app I never would have located a Malmo hotel room in a matter of minutes. It had been a great day, and I looked forward to a restful night.

How many hotels are in Malmö?

There are 22 hotels in Malmö available from Hotel Tonight.

What are most popular hotels in Malmö?

What are the best hotels in Malmö?

Some of the top rated HotelTonight hotels in Malmö are:
MJ's
Moment Hotels
Teaterhotellet

How much is a hotel room in Malmö?

What is the cheapest time to go to Malmö?

Our hotels prices have varied throughout the year from $88.87 to $187.29 On average, we've seen the cheapest room prices in December

Which hotels in Malmö have a pool?

There are 1 hotels with pools in Malmö. Some of them are:
Scandic Segevang