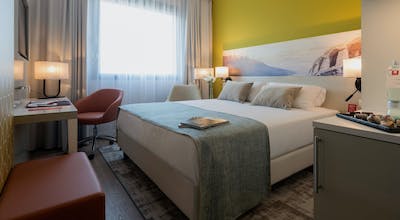 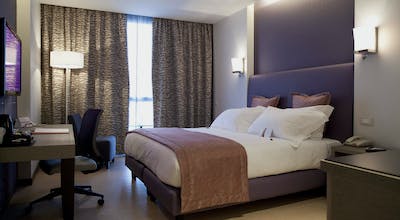 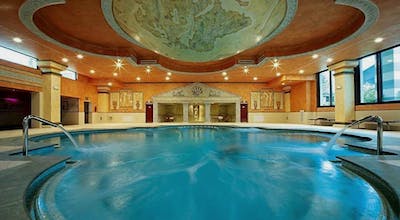 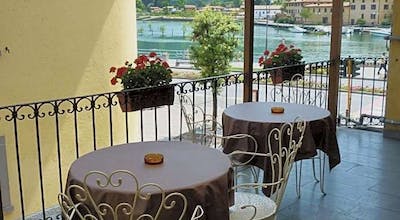 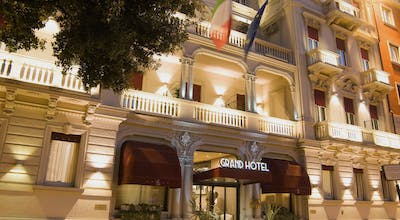 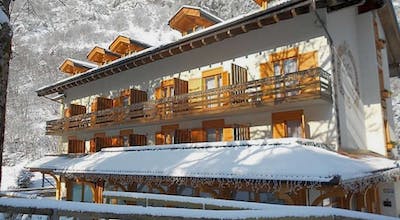 Tonight’s Hotels Under 97 US$ 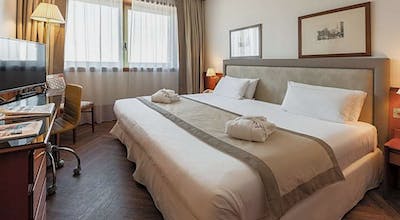 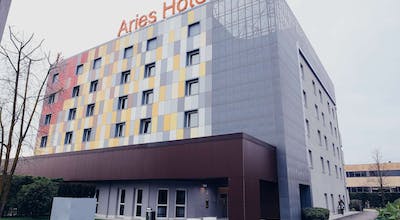 There really is nothing like traveling around Italy. People who haven't been here tend to think that all of Italy is basically the same, but the fact of the matter is that this is a country that could not be more diverse in terms of its landscape, its culture and its norms. I found that out as I moved from one part of the country to another, but what really did it for me was when I was given an opportunity to spend some time at Lago di Garda and the communities that surround it. I almost didn't make it, as I only had a few minutes to find a Lago di Garda hotel, but thanks to my new favorite travel companion I was ready to roll within minutes. I wanted to see all that there was to see in this magical part of this magical country.

I knew that after the first night, I would be fine with regards to finding additional Lago di Garda hotels. I knew this because I had discovered an app called HotelTonight the previous day. I found it just searching for apps that help find last-minute hotel rooms on my phone, but HotelTonight offered rooms in all sorts of locations. These options were also of very high quality and the rates that they were asking were surprisingly reasonable. Finally, the booking process was as simple as anything you could hope to experience within this context. The entire process took only a few minutes, so I wasn't worried about lodging on my journey. My only thoughts before leaving for Lago di Garda concerned doing some research so I would have a good idea of where I wanted to go and what I wanted to see.

The first community I visited was Arco, which is situated at the north end of this gigantic lake. Arco is home to approximately 15,000 people, and what's striking about it is the castle that tends to dominate the landscape. This was a town that was once dominated by the Austrians approximately 200 years ago, and you can still see that influence in the architecture here. Another thing you notice about Arco is that the air is so clean and clear that you wonder if it's being manufactured somehow. A local I spoke to told me that Arco was known for its atmosphere and has been for generations. I believed that after seeing it.

My next stop, Garda, was absolutely stunning. It's small--only about 3,500 people live here, but that's partly because there isn't a lot of room as the area is surrounded by the lake and other bodies of water. That's also what makes this place so beautiful, as I was able to walk around and take photos of the gorgeous buildings, piazzas and the like without ever thinking I was overdoing it in any way. I also really enjoyed my seafood lunch, which seemed like a natural fit considering where I was at the time.

My time in Bardolino, a community of just over 6,000 people, was special. It was as if I had left Italy and somehow found my way into some sort of Mediterranean paradise. I ate olives like I had never tasted before. I walked through vineyards that seemed to never really end. I ate fish that I was sure had been swimming in the nearby waters only hours before. I drank wine that made me both happy and sad, as it was delicious but I also knew that I'd never be able to get most of the wines I loved in the United States. I promised myself to go back to Bardolino someday.

My final stop on my journey around Lago di Garda was Lazise, another community of approximately 6,000 people. There was a long and breathtaking promenade along the water here, and I rode a bicycle alongside it for hours, just looking at everything there was to see. I rode horses out in the hills that surround the main part of town and of course, once again, heavily sampled the local cuisine. Lazise had a vibe to it almost like you'd find in a tropical setting, in that no one appeared to be in too big of a hurry and no one was about to accept a lot of stress. It was fantastic.

As I made my way back to the airport to head home, I lost myself for what turned out to be over an hour just looking at the photos I had taken. I had an amazing time traveling around this wonderful lake, and every place I stopped offered something unique. I also discovered a new travel companion, as I mentioned, and whenever I needed a Lago di Garda hotel, HotelTonight took care of things quickly and efficiently. I couldn't wait to come back here and I couldn't wait to do so with the help of HotelTonight.

How many hotels are in Lago di Garda?

There are 42 hotels in Lago di Garda available from Hotel Tonight.

What are most popular hotels in Lago di Garda?

What are the best hotels in Lago di Garda?

How much is a hotel room in Lago di Garda?

What is the cheapest time to go to Lago di Garda?

Our hotels prices have varied throughout the year from $150.85 to $157.84 On average, we've seen the cheapest room prices in June

Which hotels in Lago di Garda have a pool?