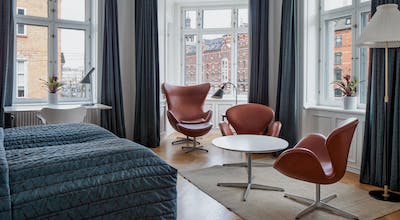 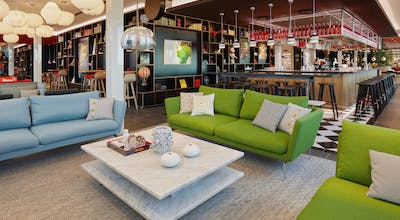 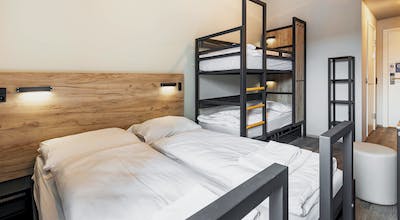 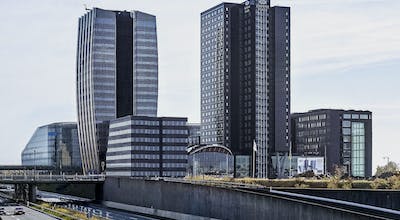 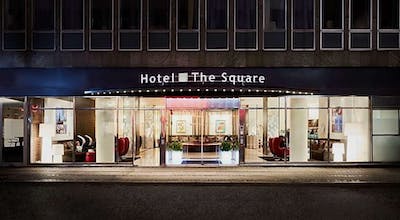 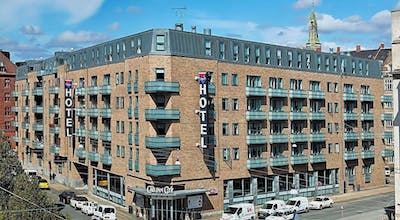 Tonight’s Hotels Under 132 US$ 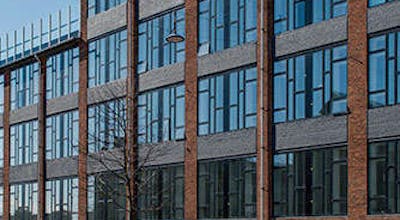 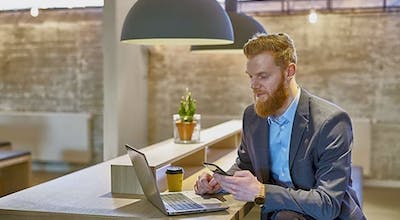 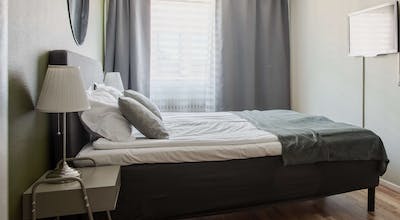 122 US$
– Trelleborg
No disponible

What Guests are Saying About Copenhagen 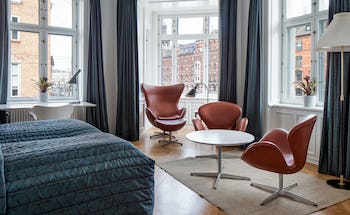 There are certain parts of the world that seem to march to their own beat. They have their own ideas, their own plans and they will not apologize for them. That seems to be the way things are in Scandinavia in general, and in Copenhagen, Denmark in particular. This is a unique place where they do things a little differently than we do here in the United States, to say the least. That only makes the area even more interesting to visitors like me. I had been to Copenhagen before, but I really hoped to see more of what it was about someday. That day came recently, as I had an opportunity to schedule a 24-hour layover in Copenhagen while arranging a last-minute flight back from Europe. All I had to do to make this happen was find a Copenhagen hotel room in a matter of minutes. I was ready for the challenge.

I found an app on my phone called HotelTonight. I hadn't used it before but didn't have time to worry about that. I just needed a hotel room in Copenhagen as quickly as possible. I searched for Copenhagen hotels on HotelTonight and saw quite a few choices available, which was a relief. I went forward with the booking process, although in the past with other interfaces this was the step that led to a lot of hassle. That was not the case with HotelTonight. I had my room booked and confirmed within a few minutes, which is not easy to do with international travel. I was all set. I would have a day to explore Copenhagen further.

Where else to start your day in Copenhagen but in the middle of it all? I had memories of the beautiful architecture here, and it was a thrill to see all of that again. I wanted to see those gorgeous buildings bordering the river that cuts through town, and I did so and snapped a lot of photos of it. I hoped at least one of them would be good enough for framing. I chatted with a few people who were obviously locals, and it reminded me of how friendly people are here and that almost everyone in Denmark speaks English, as they are required to learn it while in school growing up.

There is a very small city within the city of Copenhagen that few people outside of this part of the world know about. It's called Christiania, or as some refer to it, Freetown Christiania. Christiania was founded in 1971 when some squatters took over an abandoned military base. Over time, what was a commune now houses 900 residents who follow their own system of common law where private vehicles are outlawed. It's a strange and unique place, and it's a pleasure to walk through it and see what this group of people have done with their community.

The Latin Quarter is also a unique part of Copenhagen, and it appears to be a place that's extremely lively and vibrant, with bright buildings and boutiques and shops everywhere. If there was a fashion capital of this city, the Latin Quarter would be it. Fortunately for me, there were also quite a few restaurants here, as it was the middle of the day and I was extremely hungry. For some reason, I felt like a hamburger, and was interested in Denmark's version of it. Someone told me about a burger place up the road, so I stopped in to give it a try. It was fantastic, which was surprising because it's not easy to find a good burger in Europe. I was ready for the afternoon.

Vesterbro is a neighborhood that used to be thought of as a tough part of town that should have been avoided by visitors. It's apparently come a long way in recent years, as it's now filled with local businesses including shops, restaurants, bars and book stores. I needed some gifts for the important people in my life, so I browsed in some boutiques and had no trouble filling a few bags with unique gifts that I was sure would be quite a hit with those who received them. After spending some more time walking around and enjoying the area, I headed to my last stop of the day in hopes of finding a good dinner.

Frederiksberg is a part of Copenhagen that can only be described as posh. There were high-end stores here and extremely fashionable people out walking around. I strolled for a bit myself before asking someone for a restaurant recommendation. She was more than happy to oblige. I followed her advice and found a gourmet restaurant that served what turned out to be incredible dishes. I enjoyed my meal thoroughly, as I was more than full when I was finished. I enjoyed the rest of my drink and reveled in the splendor of it all.

Even though it wasn't nearly dark yet, as the sun is out for most of the day here in the summer, it was getting late and it was time to head back to my hotel. It had been a wonderful day of exploring, and I owed a lot of that to HotelTonight. Without this app, I may not have been able to find a Copenhagen hotel room so easily. I told myself to continue to use HotelTonight when I traveled in the future as I fell asleep in my comfortable bed.

How many hotels are in Copenhagen?

There are 110 hotels in Copenhagen available from Hotel Tonight.

What are most popular hotels in Copenhagen?

Among our most booked hotels in Copenhagen are:
Hotel Alexandra
• 93% of HT bookers liked it
Wakeup Copenhagen Borgergade
Bertrams Hotel

What are the best hotels in Copenhagen?

How much is a hotel room in Copenhagen?

In the last 30 days, HotelTonight prices in Copenhagen have been as low as $40.96, though the average room costs closer to $88.63 per night.

What is the cheapest time to go to Copenhagen?

Our hotels prices have varied throughout the year from $83.38 to $130.66 On average, we've seen the cheapest room prices in March

Which hotels in Copenhagen have a pool?

There are 7 hotels with pools in Copenhagen. Some of them are:
Adina Apartment Hotel Copenhagen
Tivoli Hotel
DGI Byens Hotel