Tonight’s Top Deals in Vancouver (BC) 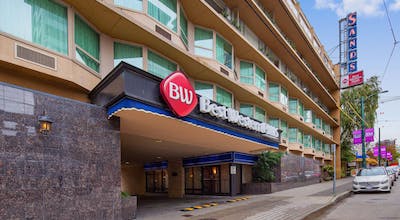 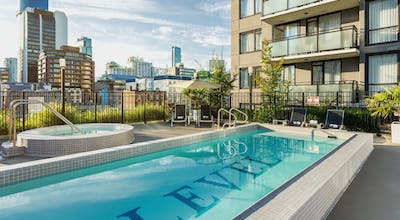 Tonight’s Hotels Under 107 US$ 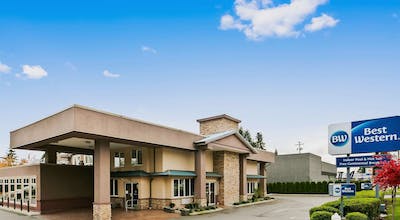 88 US$
– Vancouver - Coquitlam
No disponible 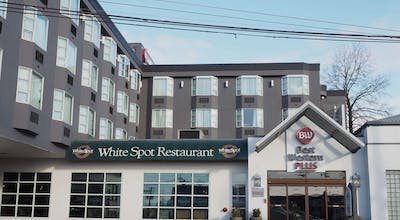 What Guests are Saying About Vancouver (BC) 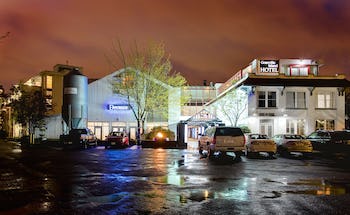 1253 Johnston Street, Vancouver
96%
liked it
&nbsp; (
983 valoraciones
)
Room they put us in was tiny so we had to upgrade from what we got via your site
Robert A. 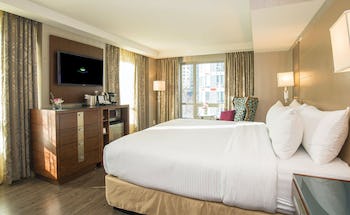 177 Robson Street, Vancouver
97%
liked it
&nbsp; (
693 valoraciones
)
One of the most beautiful hotels I’ve ever been to. Gorgeous impeccable rooms. The staff is superbly helpful.
Pio D. 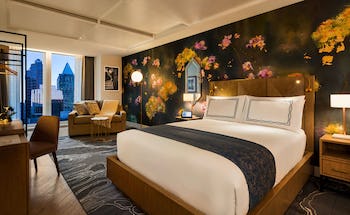 475 Howe Street, Vancouver
93%
liked it
&nbsp; (
436 valoraciones
)
Bit of a hidden gem. Super centrally located but quiet. The rooms are solid, comfy bed, amenities - the steamer is a handy touch. Service is lovely and the hotels restaurant was excellent. There’s a n... Show More
Candice M.

Vancouver is a wondrous city. No one who has ever been there has been anything short of stunned when they have seen this beautiful city surrounded by majestic mountains. I was looking forward to visiting some friends there, but sadly the day before I was set to leave I found out that my hosts would have to leave town on a family emergency. I could cancel my trip and hope for the best in terms of refunds or I could try to make other arrangements. Finding an international hotel at the last minute can be extremely difficult and time-consuming. It can also be somewhat stressful, as a lot of people like me wouldn't necessarily feel secure with their booking ahead of time. Nevertheless, I decided to see what I could do about finding a hotel room in Vancouver with one day of lead time.

I picked up my phone and started searching for hotel apps, particularly last-minute hotel apps. I found an app called HotelTonight. I decided to search for Vancouver hotels just to see what they had in terms of inventory. I was impressed, as there were quite a few choices present. I picked a hotel that seemed to fit what I would enjoy with regards to accommodations, and then steeled myself for the booking process. I was thrilled, as I had my Vancouver hotel room all booked and confirmed within a matter of a couple of minutes. I felt terrible for my hosts, but I was going to Vancouver anyway to explore. I couldn't wait.

Downtown Vancouver is an amazing mix of modernity and nature. The area is extremely clean, very busy and crowded, but also quite polite and safe. You'll see cable buses drive by and lots of traffic, but then you look up and you see greenery everywhere and those pleasantly ubiquitous mountains surrounding the entire landscape. There is a wide mix of cultures and nationalities here, and everyone seems completely accepting of everyone else. When I told people who asked that I was from the United States, they offered a warm welcome and help finding my way around.

Granville Island is near downtown. At first glance, it seems like a completely touristy area, but locals spend a lot of time here. Granville Island used to be an industrial spot, but it's been redeveloped in recent times to include a lot of restaurants and bars as well as shops and the Granville Island Market, which is something everyone should see. I spent some time walking around and browsing, and I found this place to be completely unique and interesting. Who knew there was an island in the middle of such a large city?

Right next to Granville Island is Kitsilano. It was immediately clear that this is a very nice neighborhood with a lot of high-end homes here. There is also a lot to do, and the locals appeared to be making the most of it. "Kits" as it's called by the people here, is home to Kitsilano Beach, which has views that have to be seen to be believed. There are also quite a few restaurants here, which was good because I was hungry and it was lunchtime. I asked around a bit for some recommendations, and some incredibly nice people gave me some good information. I found a gastropub that served extremely delicious food, and I even sat outside to enjoy it. It was a great lunch.

I was zipping around the city a bit, but everything is so close that it really wasn't a problem. I headed over to Yaletown, which is another unique neighborhood. I wanted to exercise a bit, and there were two gorgeous parks here that I spent time walking through and appreciating the scenery, which I'm sure I could never get sick of looking at. I also stopped at a few shops to buy some very nice gifts for the important people in my life. I filled a few bags and spent some more time sipping a coffee and people-watching.

I ended the day in Vancouver's oldest neighborhood, known as Gastown. The name originated from the owner of the neighborhood's first bar, which opened in 1867. Today, this is a modern and beautiful place filled with boutiques, Victorian architecture and lovely old buildings. This is also one of the culinary centers of Vancouver, which was great because it was dinnertime and I was starving. I found a place that specialized in seafood, as I wanted to see what all of this Pacific Northwest buzz was about with regards to eating out of the sea. With my first bite, I knew what it was about. I had a plate of fish and Dungeness crab that is hard to describe. I just hope I get to enjoy it again someday.

As I called it a day and headed back to my hotel, I congratulated myself for not canceling my trip altogether. I wasn't sure how things would work out, but thanks to HotelTonight, I had a comfortable and conveniently located Vancouver hotel room that I managed to book in minutes on the day before I arrived. As I drifted off to sleep, I looked forward to what the next day would bring. I was sure it would be as fun as this day had been. I was also sure that when I traveled in the future, I would do so with the help of HotelTonight.

How many hotels are in Vancouver (BC)?

There are 39 hotels in Vancouver (BC) available from Hotel Tonight.

What are most popular hotels in Vancouver (BC)?

What are the best hotels in Vancouver (BC)?

How much is a hotel room in Vancouver (BC)?

What is the cheapest time to go to Vancouver (BC)?

Our hotels prices have varied throughout the year from $69.53 to $147.52 On average, we've seen the cheapest room prices in April

Which hotels in Vancouver (BC) have a pool?

There are 14 hotels with pools in Vancouver (BC). Some of them are:
Landis Hotel & Suites
Rosewood Hotel Georgia
Sheraton Vancouver Wall Centre