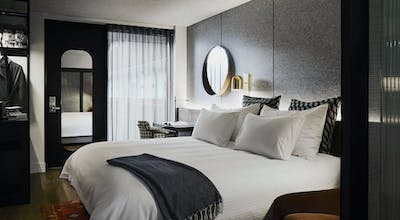 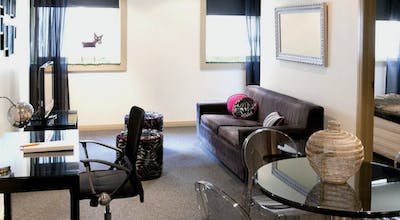 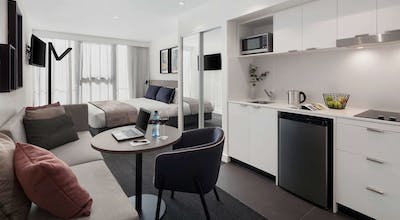 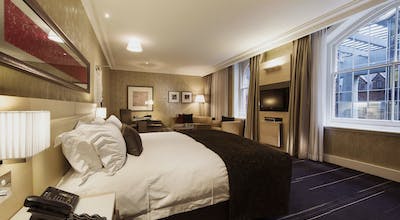 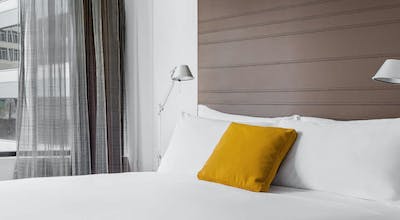 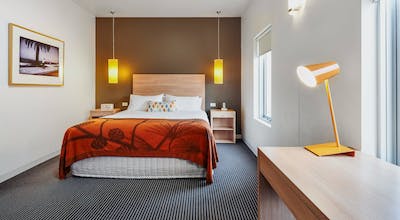 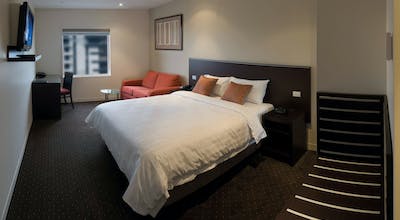 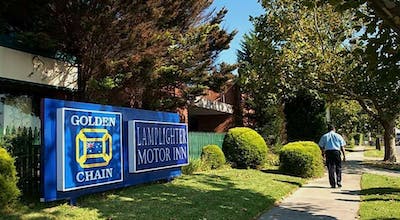 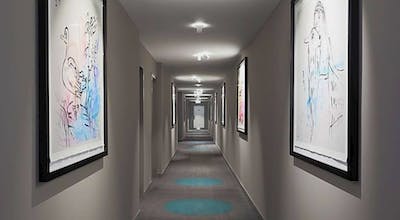 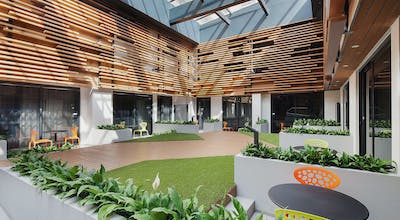 It may not seem like it to many people in the United States, but Melbourne, Australia is an iconic city throughout the world. This was the first city outside of Europe or North America to ever host the Olympics. Since I'm not an Olympic athlete, what was of more interest to me was the fact Melbourne has the highest number of cafes and restaurants per person in the world. I had never seen this wonderful place until recently, but how it all came together in the first place was enough of a story on its own. I was given an opportunity to jump a flight to Melbourne from where I was in another part of Australia, but I only had minutes to secure a Melbourne hotel room if I was to be included on the flight. I had never booked a last-minute hotel like that before, so I wasn't sure if it was going to happen.

Happen it did. I searched the apps for something that could help me, and I found a tool called HotelTonight. I opened it and searched for Melbourne hotels, and I was extremely impressed with the number of returns. The hotels in Melbourne that were available were also very nice properties and the rates were more than reasonable. I picked one and, to my amazement, had a room booked not within minutes, but within seconds. It was just that easy. Out of nowhere, I had found my way into a 24-hour exploration of a city I have always wanted to see. I couldn't wait to get started. All I needed now was a list of places to go in order to gain an understanding of Melbourne, Australia.

The first thing you notice about the City Center of Melbourne is how modern and clean it is. There are people milling about in every direction, and there is more than just business here. I walked by several big businesses, of course, but I also saw quite a few cafes, restaurants and even bars that were not open at that time of day. It seems that there is a pretty vibrant nightlife in this part of town, and that's not always the case in big cities. I talked to a few people about what I should make sure to see that day, and everyone was extremely polite, friendly, welcoming and helpful.

My next stop was Carlton, which is home to the University of Melbourne. I wanted to see the campus here, and I spent a lot of time walking it. It was enormous, as more than 40,000 students are enrolled here at any given time. There were also a lot of cafes nearby, which I found helpful because at this point in the morning I was feeling a bit tired and needed to recharge. There were several cafes with outdoor seating, so I chose one and had a very nice cup of coffee while peacefully watching people do what they do here.

I tend to forget that Australia is so much closer to Asia than the United States, but you won't forget that when you're here. You can see the influence all over the city, but it's particularly concentrated in Chinatown. This is an old neighborhood that dates back to the 1850's. There was a gold rush here and a lot of people from China came prospecting. What I liked is that there were quite a few restaurants in the area. It was the middle of the day, and I was starving. I stopped into a small place that didn't look busy. The food I ate was about as delicious as any Chinese food I have ever tasted. It was the real deal to be sure. I was full and ready for the afternoon.

Docklands is one of those areas in Melbourne that you see in other cities around the world. Specifically, Docklands used to be the industrial center of the city, but in recent years it's been revitalized by a lot of investment. Now you see hip-looking restaurants and bars and of course quite a few different shops. I was happy to see the shops, as I needed to buy some gifts for the people I was looking forward to seeing when I returned home. I found some quickly and felt good about getting that done. After a bit more walking, I was ready for my final stop of the day and dinner.

I decided to end my day in St. Kilda, which many years ago was Melbourne's red-light district. It's certainly different now, as it has an artsy kind of feel to it. It also is home to a hub of restaurants, so I spent some time talking to people about where to go. I decided on a place with Australian food, as I wanted to try some barbecued snags, which are basically sausages in other parts of the world. They were delicious and quite filling. I finished happily and decided it was time to call it a day.

As I walked back to my hotel, I thought about how great a day this had been. I also looked forward to a good night of sleep in my comfortable hotel room and big bed. That led my thoughts to HotelTonight, as without this app and all the help if provided in finding a Melbourne hotel room so quickly, this day might never have happened. When I travel in the future, I will have HotelTonight by my side.

How many hotels are in Melbourne?

There are 36 hotels in Melbourne available from Hotel Tonight.

What are most popular hotels in Melbourne?

Among our most booked hotels in Melbourne are:
Zagame's House
Radisson on Flagstaff Gardens
Ovolo Laneways

What are the best hotels in Melbourne?

Some of the top rated HotelTonight hotels in Melbourne are:
Seasons Botanic Gardens
Crowne Plaza Melbourne
Art Series - The Blackman

Which hotels in Melbourne have a pool?

There are 11 hotels with pools in Melbourne. Some of them are:
Crowne Plaza Melbourne
Holiday Inn Melbourne On Flinders
InterContinental Melbourne The Rialto